“The federal government investigating itself is clearly not an option,” said Grand Chief Stewart Phillip.

June 16, 2020, Vancouver- Indigenous leaders and environmental groups in British Columbia are asking the Federal and BC governments to launch an independent, Indigenous-led expert investigation into the safety and integrity of the existing 67-year-old Trans Mountain pipeline after a 150,000 litre oil spill over the weekend. It is the pipeline’s 85th spill. Indigenous leaders and groups are also asking for a moratorium on construction for the new pipeline.

“This is the fourth time in 15 years that the existing Trans Mountain pipeline has had an oil spill on our land,” said Chief Dalton Silver. “Without an independent, transparent and scientific investigation into the safety of this old pipeline, we have no confidence in Trans Mountain’s ability to build the new pipeline without inflicting more damage to our territory. The proposed pipeline expansion plans would disturb Lightning Rock site – a cultural site and burial grounds significant to the Sema:th First Nation and Stό:lō Coast Salish. Condition 77 required a detailed cultural heritage study on the potential impacts of the project on the site to be filed and approved three months before any work commenced in the area. Trans Mountain has yet to meet that condition. Victims of a 1782 smallpox epidemic are buried around Lightning Rock, which sits on the slopes of Sumas Mountain.” 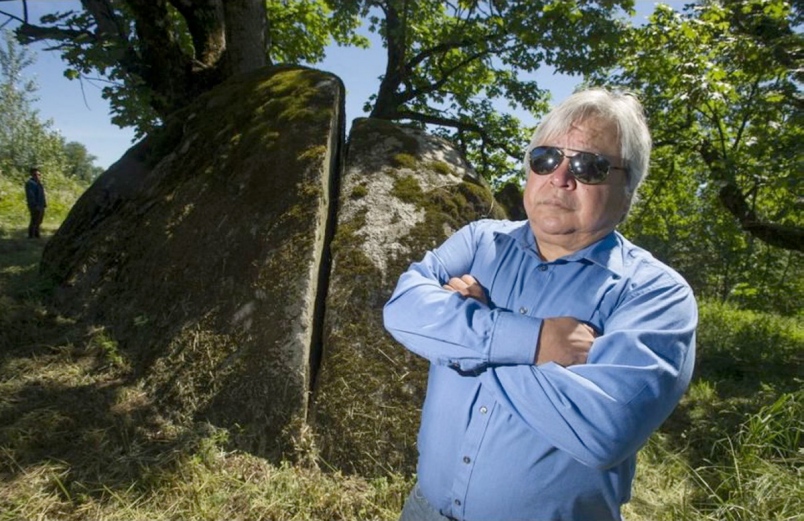 So far, the cause of the spill has been unclear, attributed publicly to a faulty fitting on a 2.5-centimetre piece of pipe. Approximately 190,000 litres of oil escaped through this breach in a matter of hours.  This raises concerns about the integrity of the aging infrastructure in all of TransMountain’s existing pump stations, and the need for a wholesale engineering and design review. The escaped oil breached the pump station altogether, and spilled onto adjacent lands, threatening if not damaging an ancestral Sema:th cultural site and posing a serious risk to the aquifer and local water quality.

While Trans Mountain Canada has announced that the Canadian Energy Regulator and the Transportation Safety Board will be investigating, this latest spill adds to a laundry list of problems with the government-owned aging pipeline and has intensified calls to decommission it before a major environmental catastrophe occurs.

“The federal government investigating itself is clearly not an option,” said Grand Chief Stewart Phillip. “Pipelines have a set life span and Trans Mountain is already well past the date it should have been decommissioned. Trans Mountain Canada has no excuse of corporate confidentiality - we must know what maintenance was overdue when Kinder Morgan sold Trans Mountain to the federal government and whether or not it has been addressed . Transparency THIS ISis imperative, otherwise we can only assume the aging pipeline is a ticking time bomb, all along its entire eleven hundred kilometre route.”

Around the time of the sale of the pipeline from Kinder Morgan to the Government of Canada, Trans Mountain filed a flurry of reports with the National Energy Board about overdue maintenance that needed to be done. Perhaps the most alarming filing happened on May 29, 2018, the same day the government announced plans to purchase the project, which revealed that the company had known for the past eight years that a section of the pipeline under a body of water called Stewart Slough, near Chilliwack BC, had been exposed to the elements. This section was consequently at a vastly increased risk for rupturing and contaminating the Slough and nearby creeks and farmland.

“This most recent spill is a wake up call that the Trans Mountain pipeline is a threat to the health and safety of communities all the way from Edmonton to Vancouver, especially Indigenous communities whose Title and Rights, including their right to free, prior and informed consent, have been disregarded in the pipeline’s expansion,” said Sven Biggs, Canadian Oil and Gas Program Director for Stand.earth. “In the middle of a health and economic crisis, now is not the time to be increasing that risk by building another dangerous pipeline along the same route. We need to immediately halt this project while we take a harder look at the risks and assess how we might better spend the $10 billion of taxpayers money still needed to complete this project.”

“This is another heartbreaking reminder that pipeline spills are inevitable,” said Eugene Kung, staff lawyer at West Coast Environmental Law. “Kinder Morgan’s reputation for skimping on maintenance, in pursuit of profit, was well known when Canada overpaid for the aging pipeline. The Trans Mountain expansion needs the capacity of the original pipeline to maintain the illusion of commercial viability. That illusion evaporates with every oil spill.”

The latest oil spill occurred above the Abbotsford Sumas aquifer where there are 19 public and City drinking water wells and numerous farm wells. It is also close to the Sumas River habitat for five species of salmon.