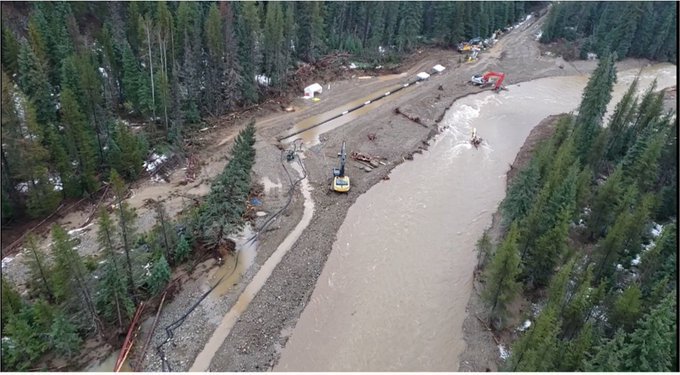 Recent news reports announced the launch of a new non-profit Indigenous organization trying to buy the federally owned Trans Mountain Pipeline system. But delays and cost overruns resulting from climate disasters like forest fires and floods mean that the commercial viability of TMX is as bad as ever, and it seems destined to be a money-losing stranded asset. However, neither the Crown Corporation nor the Federal government have provided an updated cost estimate in two years when it jumped to $12.6B. Transparency and accountability have been lacking since the federal government unilaterally bailed out Kinder Morgan with taxpayer funds. Indigenous communities and the Canadian public deserve to know the financial health of TMX before pouring any more money down the drain.

The project still does not have consent from all Indigenous nations and title holders along the pipeline route. As long as TMX is being forced through Indigenous territories without consent, there can be no reconciliation or claims of climate leadership. Sign the petition below to demand that the federal government pause construction and conduct a formal review of TMX.