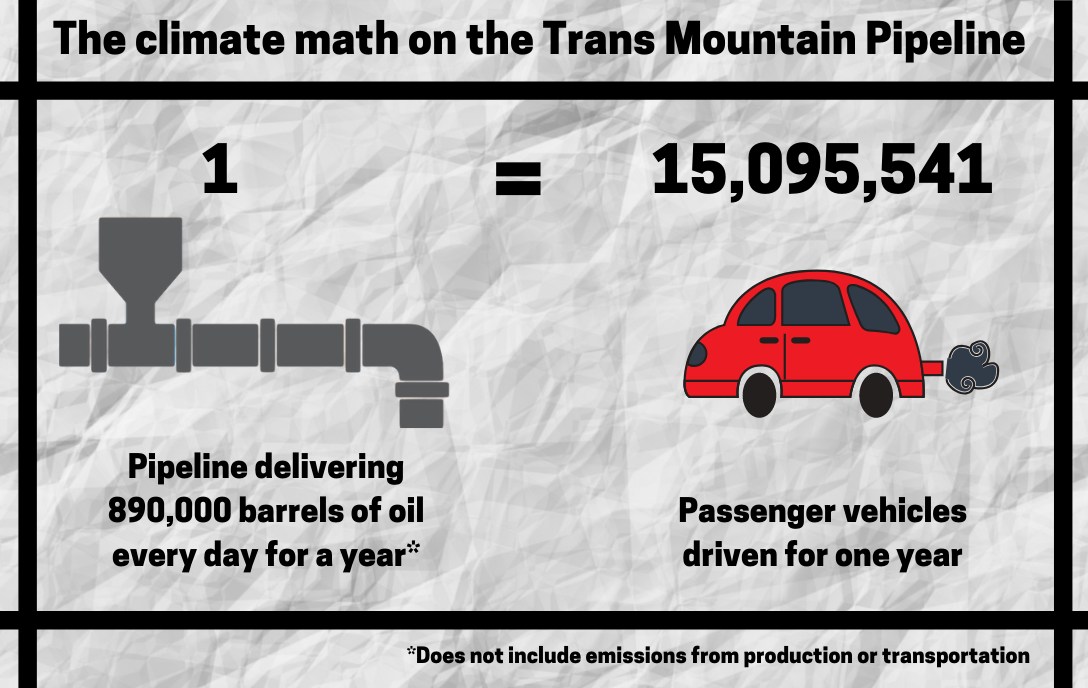 Since the Trans Mountain Pipeline and Tanker Project was proposed in 2009, global concern over the climate crisis has grown exponentially.

Almost every sector of industry has adapted their future plans to take the Climate Emergency into account -- but oil and gas is lagging behind. 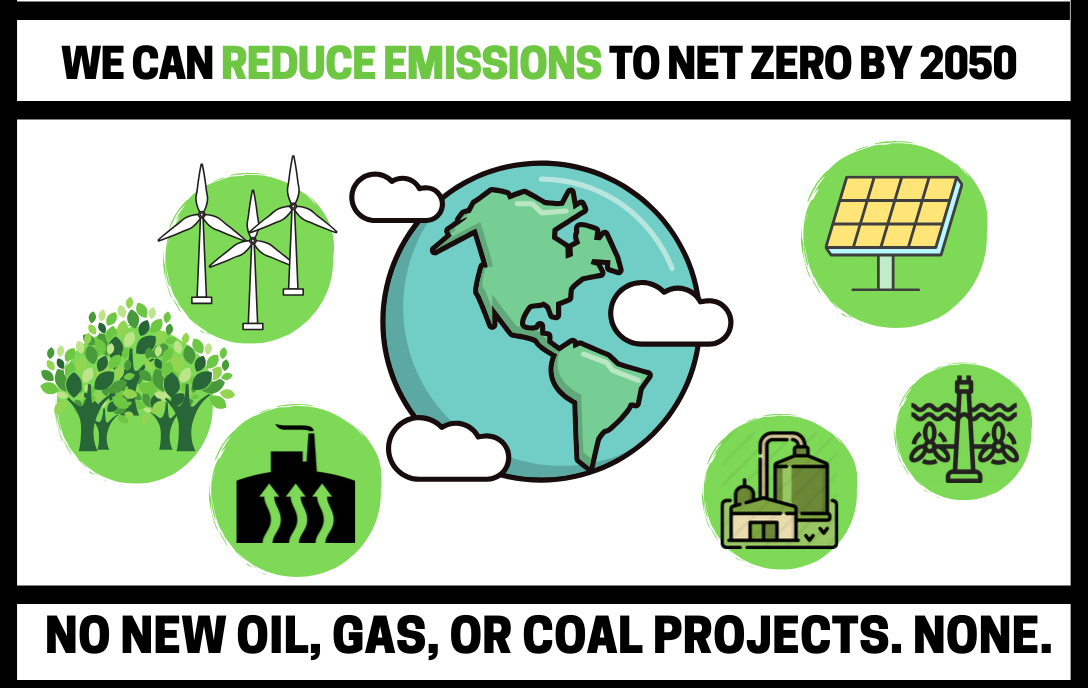 Major projects like TMX are evaluated according to predictions for future demand.

Both the original owner of the pipeline Kinder Morgan Canada and Trans Mountain Crown Corporation used the same outdated analysis of increased future demand for oil and gas that allowed them to justify building a new tar sands pipeline in a rapidly escalating climate crisis.

These "demand scenarios" for the Trans Mountain pipeline and tanker project assume continuous growth of the global market for crude oil, both light and heavy, even as extreme weather events displace people around the world.

Oil and gas are continue to ignore the fact that their sales will decline rapidly and then stop altogether or the world will not be safe. Their analysis assumes that global action will fail and the climate will warm 3 or 4 degrees. Only if no significant policy changes are made do scientists nearly unanimously predict will happen by the end of the century.

Trans Mountain only makes sense if we are willing to concede that the future is catastrophic climate change.

The consequences of an increase of the global earth temperature of 4°C are devastating. A world that has warmed 3 or 4 degrees Celcius is a world of unprecedented heat waves, severe drought, and major floods in many regions, with serious impacts on human systems and ecosystems.

No Climate Test for TMX

The last major project assessed by the National Energy Board, the Energy East pipeline, proposed to run from Alberta to the Maritimes, was to have been subject to an assessment of its climate impacts - a climate test. In 2017, the NEB ordered a larger evaluation of climate change impacts on the company who wanted to build it. In the letter announcing the review, the NEB said Canada’s greenhouse gas law and policies are relevant to the public interest because they may have an impact on existing and potential markets and the availability of oil and gas to the proposed pipelines.

TMX was exempted from the same climate test as Energy East.

“Upstream” refers to the megatons of climate pollution resulting from mining and transporting the mined bitumen within Canada. That accounts for about one-third of the barrel’s overall pollution cost. Industry is working to reduce that by 15-20% with on-the-ground emission reduction measures.

Upstream effects from TMX have been studied by Environment and Climate Change Canada, although their assessment has been widely criticized for using industry's flawed future consumption assumptions. (Ecojustice)

According to the EPA’s Greenhouse Gas Equivalencies Calculator, that's equal to putting + 2.7,000,000 new cars on the road for a year.

“Downstream” refers to the climate pollution is released outside of Canada, when the end product is used. Paving roads, refining into synthetic crude oil, and burning synthetic crude all spill carbon pollution into the atmosphere.

During initial hearings on the Trans Mountain pipeline, the National Energy Board rejected applications to evaluate both upstream and downstream climate impacts of the Trans Mountain Expansion Project, deciding to consider only the emissions resulting from construction and operation of the pipeline.

During the “Reconsideration” process in 2018/2019, the NEB again rejected applications from civil society groups to report on TMX’s emissions, demanding a full accounting of upstream climate pollution emissions as well as downstream emissions and the commensurate climate impacts. To date there has been no formal government accounting of downstream climate impacts and Trans Mountain’s contributions to climate pollution aren’t officially “known”.

The best data available comes from a 2014 study commissioned by the City of Vancouver on the total carbon cost of the TMX.

Dr Mark Jaccard of Simon Fraser University calculated the carbon emissions of the entire Trans Mountain pipeline and tanker project with the proposed expansion to be 71,100,000 metric tons (71.1 Mt) of Co2e annually.

According to the EPA’s Greenhouse Gas Equivalencies Calculator, that would be like adding 15,095,541 passenger vehicles driven for one year.

This is how fast the carbon clock is ticking

The MCC Carbon Clock shows how much CO2 can be released into the atmosphere to limit global warming to a maximum of 1.5°C and 2°C, respectively. With just a few clicks, you can compare the estimates for both temperature targets and see how much time is left in each scenario.

In line with the recent IPCC Special Report on Global Warming of 1.5°C, the Mercator Research Institute on Global Commons and Climate Change (MCC) has updated its Carbon Clock.
In 2015, with the Paris Climate Agreement, all nations around the world set themselves the goal of limiting global warming to well below 2°C (preferably 1.5°C) compared to pre-industrial levels. An ambitious goal.

The Special Report of October 2018 presents new figures: The atmosphere can absorb no more than 420 gigatonnes (Gt) of CO2 if we are to stay below the 1.5°C threshold. However, since around 42 Gt of CO2 is emitted globally every year—the equivalent of 1332 tonnes per second—this budget is expected to be used up in just over nine years. The budget for staying below the 2°C threshold, for its part, of approximately 1170 Gt, will be exhausted in about 26 years.