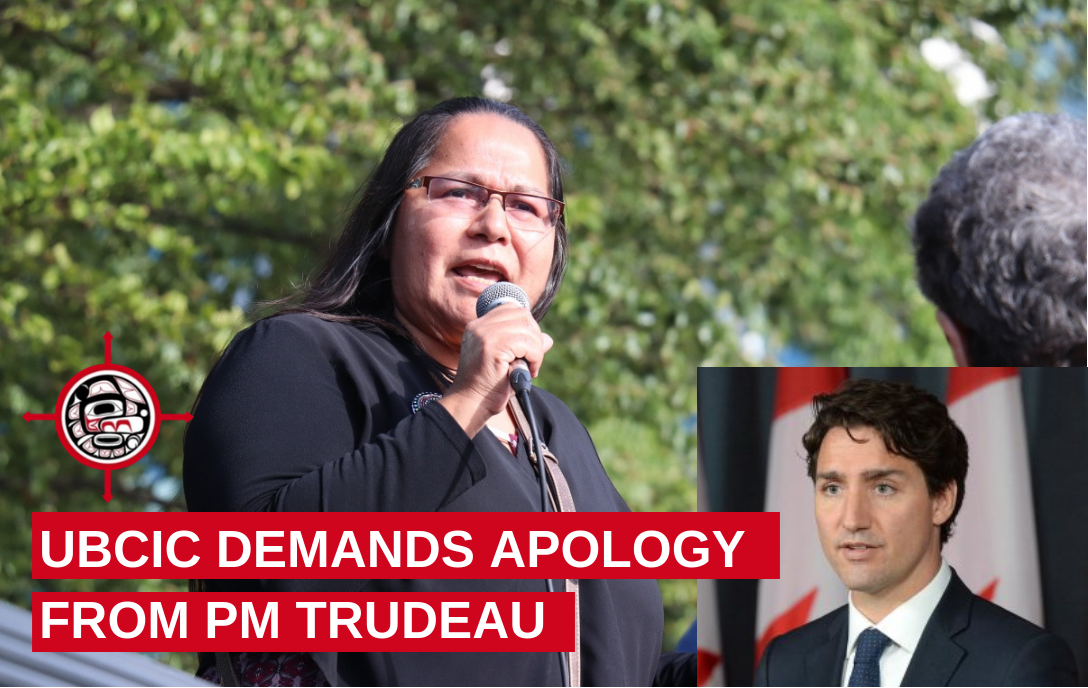 We are writing to convey our absolute condemnation of your condescending and sexist response to UBCIC Secretary-Treasurer Kukpi7 Judy Wilson yesterday afternoon during the Assembly of First Nations meeting in Ottawa, Ontario.

Following your speech to the Assembly, Kukpi7 Wilson questioned you on Canada’s decision to proceed with the Trans Mountain pipeline expansion (TMX) despite a lack of consent from all impacted communities. Her question was clear, simple and entirely respectful.

In stark contrast, your comments were patronizing and offensive, as well as threatening. You responded by using her first name, which was completely disrespectful and ignored protocol.

You stated, “I would be careful about minimizing or ascribing reasons for people who take positions that disagree with you... I don’t think we should be criticizing them, just because they disagree with you, Judy.” You completely minimized the legitimate concerns that she was addressing around the lack of Indigenous consent and instead indicated that her concerns were personal in nature, an overtly sexist approach that attempted to normalize your dismissiveness.

In contrast, when you responded to Chief Lee Spahan’s comments on the flawed Trans Mountain consultation process, you apologized and said, “We didn’t do a good enough job.” You also chose to follow protocol with him, and concluded your response with “Thank you, Chief,” a title, you refused to recognize in your response to Kukpi7 Wilson.

Before colonization, Indigenous women in Canada were not thought of or treated as worth less than men. Sexual violence and harassment of Indigenous women was addressed through traditional laws and systems, and not accepted or expected at a societal level. Indigenous nations were forced to go through a cultural and family breakdown as a result of colonization, including a brutally repressive and genocidal system which created historical and ongoing trauma, with direct impacts to Indigenous women’s safety and value in society as communities struggled to survive.

Today, Indigenous women still face barriers to having their voices heard, still must ask to be included in political discussions that they should be part of, and still must ask for apologies.

Prime Minister Trudeau, we understand you call yourself a feminist and that you claim to be committed to reconciliation, and we question how you could treat Kukpi7 Wilson in such a dismissive, disdainful and arrogant manner. Your response to her yesterday, from the highest elected office in the country, runs the risk of sending a message to Canadians that it’s ok to belittle, berate and lecture female Indigenous leaders. It sends a message that it’s ok to continue these attacks towards our Indigenous women whether it is in the boardroom, meetings or dealing with issues on the land, and it runs the grave risk of discouraging Indigenous women to stand up to defend themselves.

In the wake of your comments, many people have contacted Kukpi7 Wilson to offer their support including Senators, Chiefs, Advisors and Policy Staff, who witnessed in person or on-line, and who took offence to her treatment. We are grateful and inspired by this support.

If your standard for moving forward is the “least, worst way” as you stated yesterday, then we do not think that you have achieved even that in your treatment of Kukpi7 Wilson.

We demand a full and immediate apology.

On behalf of the UNION OF BC INDIAN CHIEFS