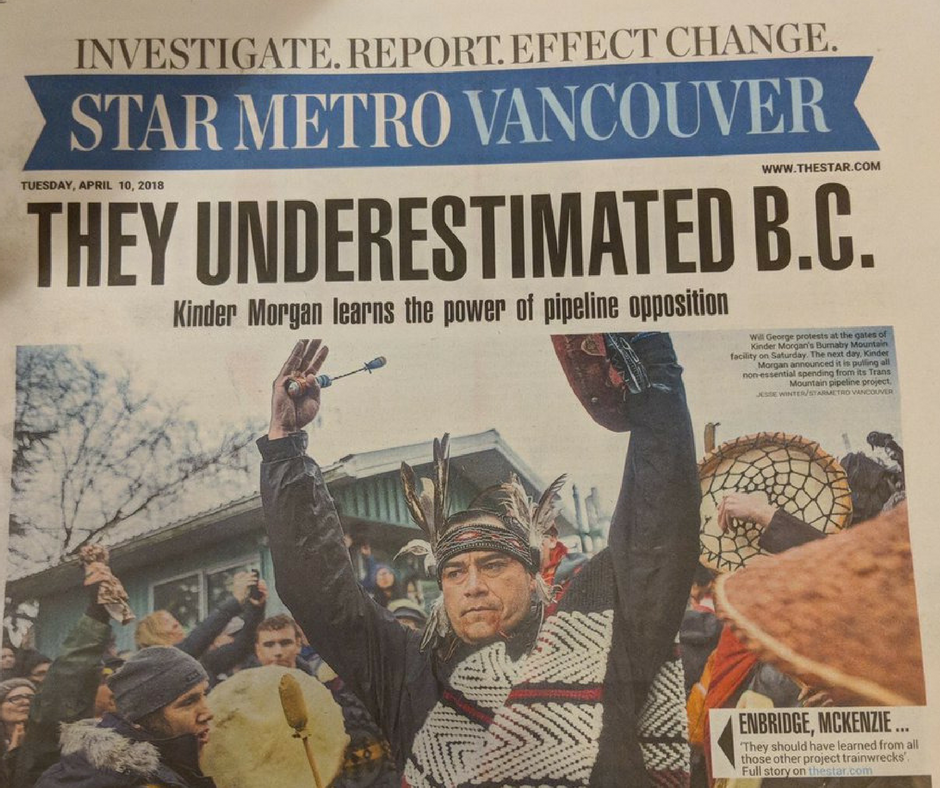 “Kinder Morgan is up against a disciplined, strategic mindset I don’t think they properly appreciate,” Gallagher said. “They’re in over their heads in Houston.”

At the same time, the project is up against a more public form of opposition that’s drawn hundreds and sometimes thousands of people to protest the project on Burnaby Mountain every weekend for the last month no matter the weather.

At each of those protests, George has addressed the crowds offering words of both inspiration and thanks. But when the throngs have gone home, George and a handful of others remain at a small camp, just a short walk through the trees from the Kwekwecnewtxw Watch House.

“This is really serious what we’re doing, standing up against Kinder Morgan,” he told StarMetro one morning last week as he sat by the sacred fire in his camp.

George, 37, has spent the last 15 summers fishing the Fraser River catching food for his community. For him, this fight is about ensuring the next seven generations can do the same.

“My elders think we can’t let this unfold in court, this is how we see we’re going to stop it, with our spirituality and our culture, by putting that Watch House there,” he said.

“We had those Watch Houses for centuries in strategic locations to watch out for any enemies, invaders, coming after our resources, our land, our people,” he said.

The movement he’s leading is focused on First Nations culture and spiritual teachings.

The pressure from all sides is working, Gallagher said.

Through both lawsuits and protests Indigenous groups have strategically “applied pressure … not just in courts, but finding choke-points directed at investors and markets,” he said.