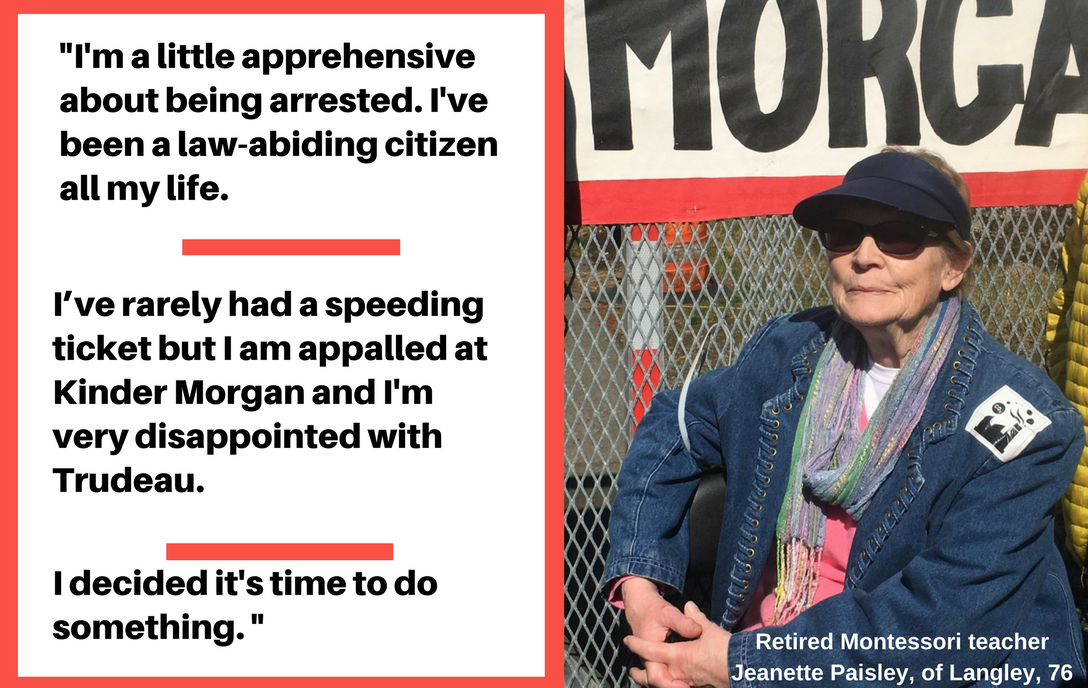 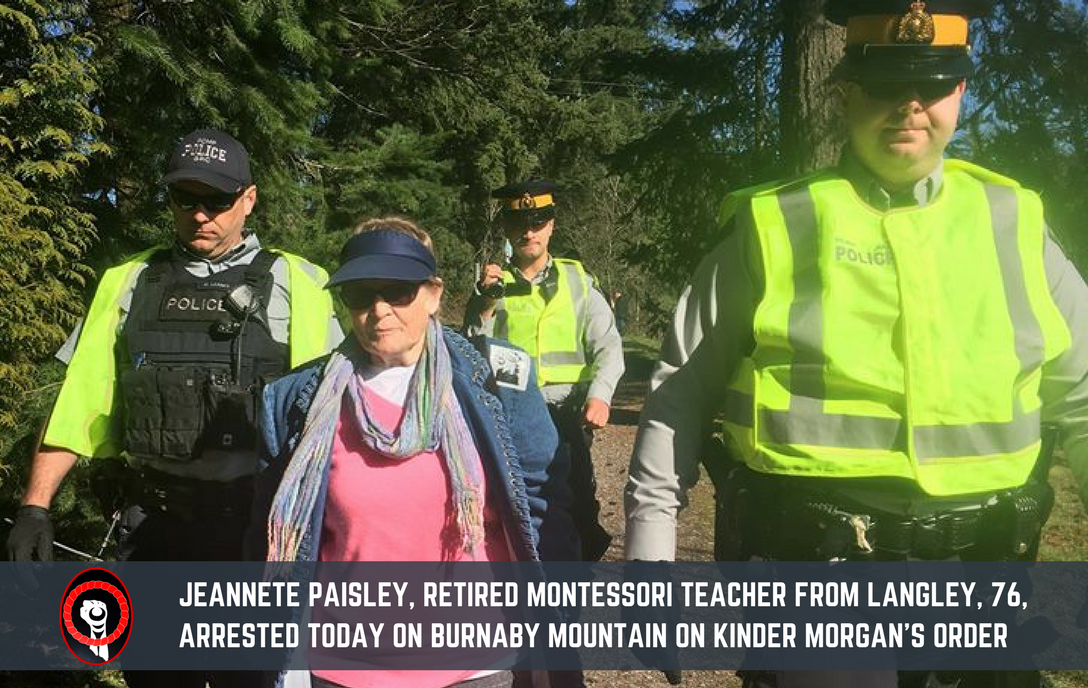 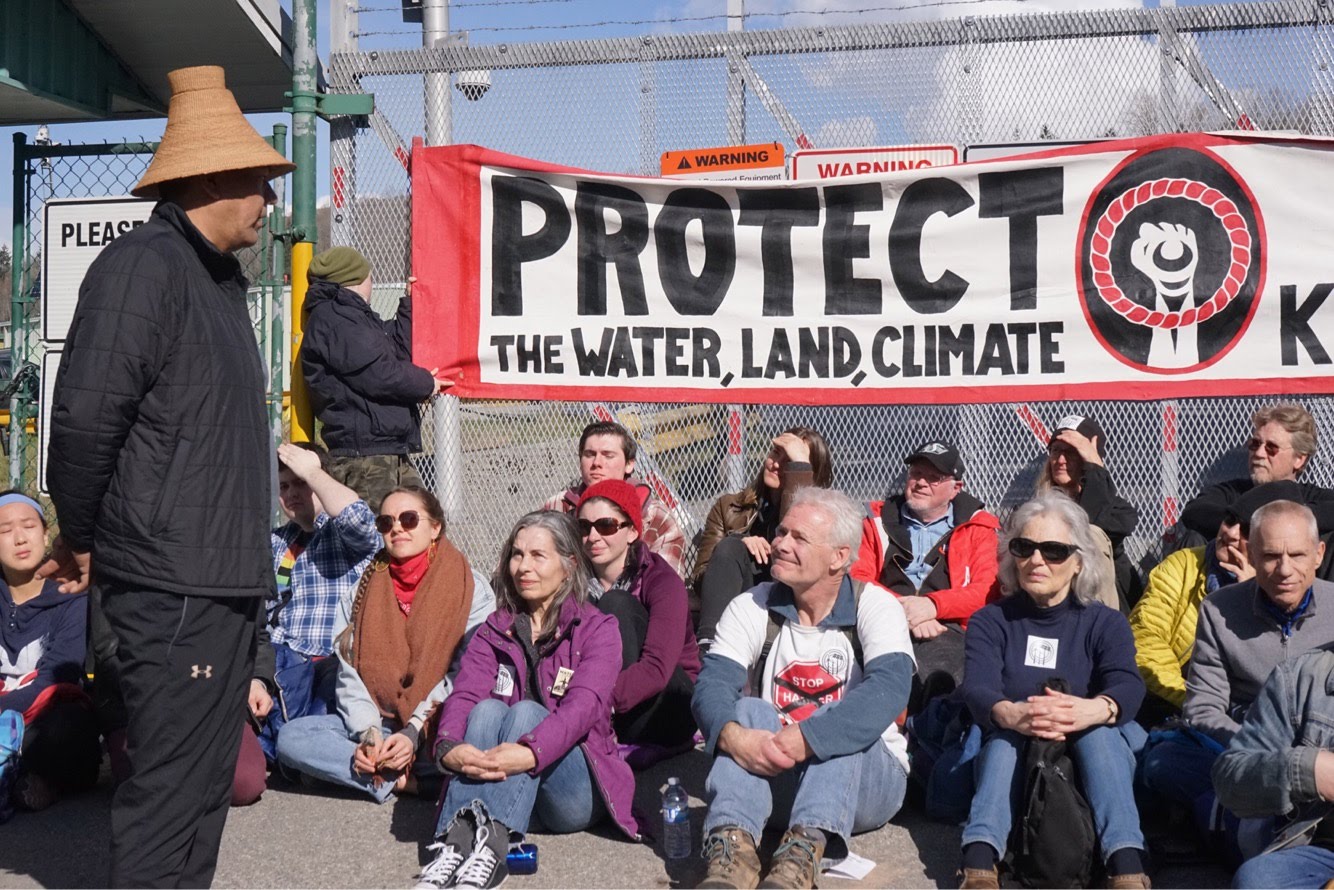 Twenty-eight Indigenous people, community members, families and retired teachers peacefully blocked the gates to Kinder Morgan’s tank farm for four hours until the RCMP moved in to arrest them late afternoon. “Today we’ve remembered and embraced the teachings of Dr. Martin Luther King Jr, who believed in the power of civil disobedience to shift public opinion. We want to demonstrate that we mean business. We’re going to do whatever it takes, and by any means necessary, and we’ll show up day after day until we win this fight. We encourage our allies, native and non-native alike, to join us in this collective action,” said Clayton Thomas-Muller, member of Treaty 6 Mathias Colomb Cree Nation, as he was being taken away by RCMP.As she was being arrested, Angelina Rose, a UBC student, said, “We need more people standing on the front lines. As a person of mixed Indigenous and settler history, I owe it to my Ancestors, my future grandchildren and Coast Salish nations to stand with them in this fight.”One-in-ten British Columbians, and one-in four opponents of Kinder Morgan’s new pipeline in British Columbia say they would be willing to take peaceful civil disobedience to resist the pipeline. Following the 10,000 person-strong march and rally against Kinder Morgan last Saturday, bold shows of daily resistance from everyday residents of British Columbia are expected in the week ahead. Local community members vowed to continue supporting opposition to the construction project.Kinder Morgan’s pipeline and tanker project is opposed by the Province of British Columbia, the State of Washington, the cities of Vancouver, Burnaby and Victoria, and 19 other municipalities, 250,0000 petition signers,and more than 23,000 Coast Protectors who have taken the pledge to do “whatever it takes” to stop Kinder Morgan.The company remains under pressure to finish its tree clearing operations before March 26th, after which the arrival of migratory birds would force a stop in construction and cause significant project delays. 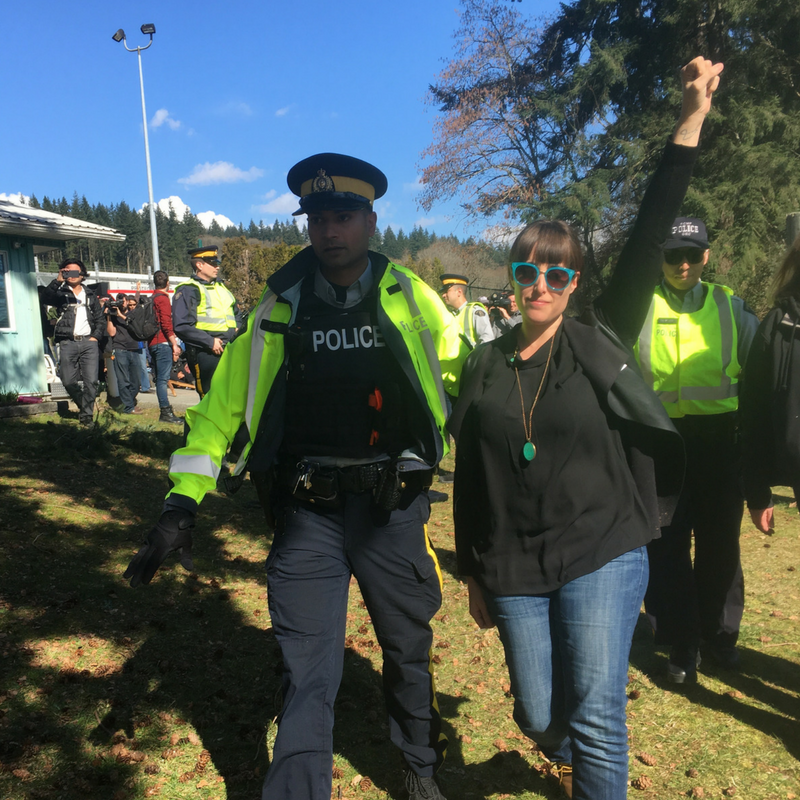 From the National Observer

...Local resident Walter Hardy told National Observer he was there to support the protest because he believed a large increase in the transport of diluted bitumen — one of the petroleum products in the Trans Mountain pipeline — was bad for British Columbia.

"My emotional response to this is that the risk of a tanker spill in Burrard Inlet is just unimaginable for many, many reasons," Hardy said. "There's marine life, and Indigenous fishing...but the worst is [in the event of a spill], Vancouver will drop multi-billions of dollars, and it would be a complete disaster. This pipeline is just not necessary. I consider that Alberta has not used their resources wisely. With (late Alberta premier) Peter Lougheed, they had a system in place....but [Alberta] shouldn't be foisting this on people who don't want it."

Clayton Thomas-Müller, a Mathias Colomb Cree Nation member from Manitoba and campaigner with environmental group 350.org, said he was willing to be arrested to oppose this project.

"We have the right to protest," Thomas-Müller said, while sitting in front of the fence, which they'd covered with a protest banner. "If the RCMP decide to enforce the injunction, that's entirely on them...We're here to make our opinions known."

Thomas-Müller said Prime Minister Trudeau was underestimating the strong opposition to the project, which included the City of Burnaby, the City of Vancouver, and 150 First Nations.

"We've already seen with Northern Gateway pipeline that federal approval doesn't mean anything in the face of social movements...Justin Trudeau's going to get a similar lesson," he said. "Government approvals mean nothing. It's communities that grant consent." 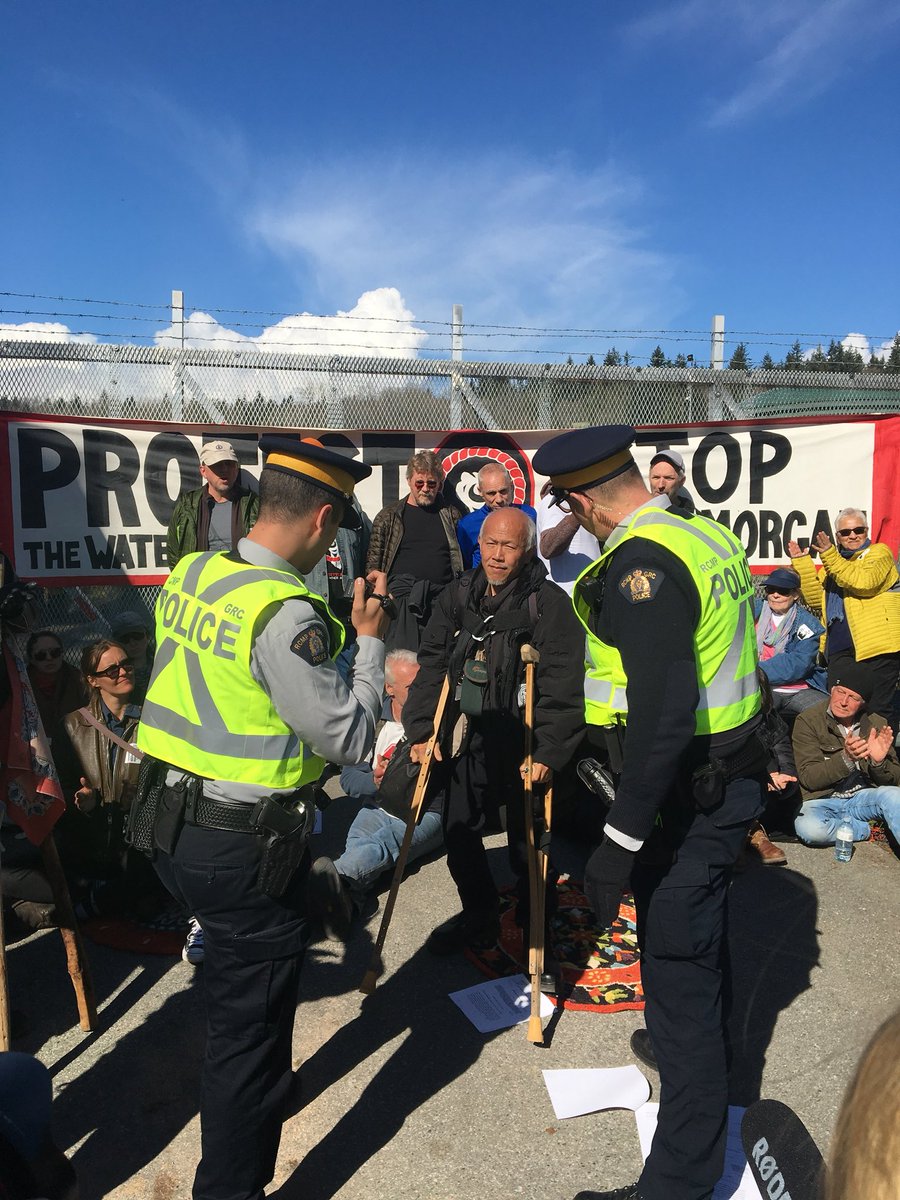