Fast for the Fraser

A traditional four day spiritual fast offered up sacred prayers for the waters and all life as Trans Mountain plans to drill and pull pipe through a 1.4 linear km hole under the Fraser River, the most vital waterway in British Columbia, diverting 26 million litres of water.

Secretary-Treasurer of the Union of BC Indian Chiefs Kukpi7 Judy Wilson of the Neskonlith band of the Secwepemc Nation and Sara Cadeau, Anishinaabe kwe, aunty, community organizer and traditional wellness practitioner, held a four-day ceremonial fast at the Fraser River in September calling on colonial Canada to cancel the Trans Mountain pipeline expansion.

The event followed a Save the Fraser ceremony led by Kukpi7 Judy Wilson in partnership with Dogwood in May of 2021.

Construction of the pipeline will have devastating and irreversible impacts on salmon, fish, and traditional cultural uses of the waters by local Indigenous peoples. The possibility of spills of diluted bitumen risk the land where the pipeline crosses and the waters through which oil supertankers will transport the toxic stuff down to refineries in California.

“Trans Mountain Pipeline’s plan to drill beneath the Fraser River represents a violent assault upon a sacred waterway that is the heart of our cultural heritage - the largest salmon bearing river in the country that sustains life and strengthens our vital connections to the water, lands, and ecosystems that we have stewarded since time immemorial,” states Kukpi7 Judy Wilson, Secretary-Treasurer of the Union of BC Indian Chiefs (UBCIC).

“We have lost our way and this is so evident in our relationship with water. Water is not a resource. It is THE SOURCE of all life and is by far our most valuable collective, finite, treasure. The Fraser River didn’t give consent for this pipeline, nor did the hereditary and traditional governance systems of all the lands this River moves through,” said Sara Cadeau. 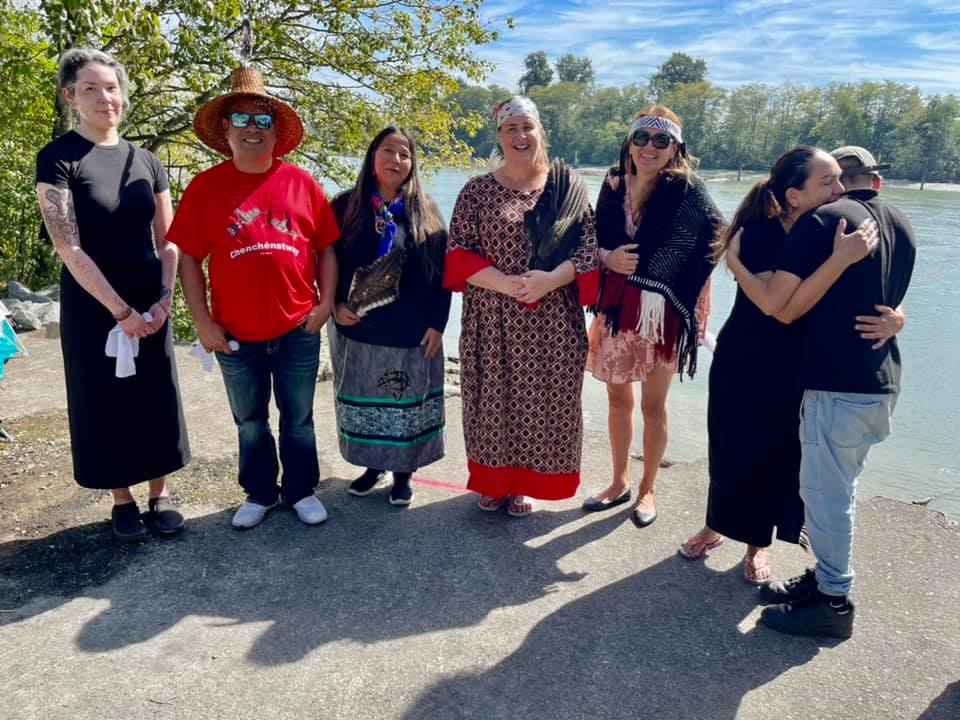