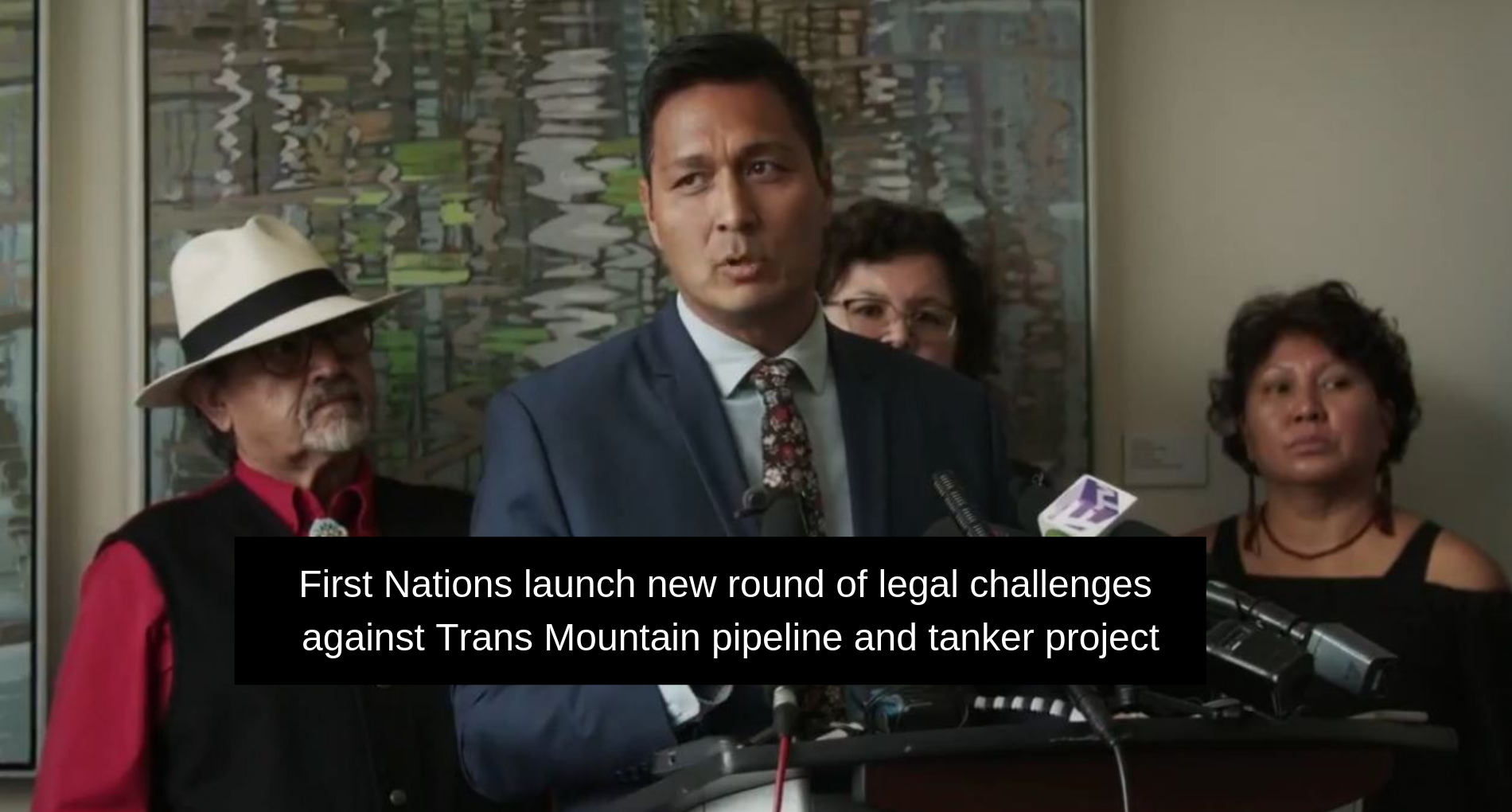 July 9, 2019, Vancouver, Musqueam, Squamish and Tsleil-Waututh Territories: Several First Nations officially launched their appeals of the recent re-approval of the Trans Mountain Pipeline and Tanker Expansion Project (TMX) today. If successful, these legal challenges could once again stop the project in its tracks by quashing or nullifying the approval, announced on June 18th by Prime Minister Justin Trudeau.

The First Nations applicants’ traditional territories cover virtually all of the pipeline’s route in BC.

Legal grounds include constitutional violations, primarily around the failure to satisfy the duty to consult, accommodate and seek consent from First Nations, and regulatory legal errors by the National Energy Board.

“Tsleil-Waututh Nation participated in consultation in good faith again, but it was clear that Canada had already made up their mind as the owners of the project.” Said Chief Leah George-Wilson of Tsleil-Waututh Nation. “They repeated many of the same mistakes again, and any changes were window dressing.”

Many First Nations argued that the pipeline would destroy significant spiritual and historic sites as well as important aquifers, impede their ability to practice their culture and exercise Aboriginal rights, and cause significant environmental impacts.

Shxw’owhamel First Nation Council member Si:yam Shane James stated “Shxw’owhamel challenges this approval to ensure that our sacred site is not desecrated. Sto:lo, Canadian and International Law will be violated if the pipeline route remains aimed at our historical village and burial grounds.”

Stk’emlupsemc te Secwepemc Nation Chief Ron Ignace and Chief Rosanne Casimir stated: “They tell you that the pipeline is simply being twinned in the same area, but that is not true in our case. Canada’s decision is to dig up our sacred site known as Pípsell in previously undisturbed land, turning up our burial grounds, rather than consult about a reasonable re-route.   We will continue to protect Pípsell for the benefit of all Canadians.”

Chief George-Wilson concluded: “The federal government has again failed to respond to the concerns we have been raising in regards to this project. This feels like déja vu. We have no choice but to appeal again and we expect the same results - the approval of the Trans Mountain pipeline will be overturned.