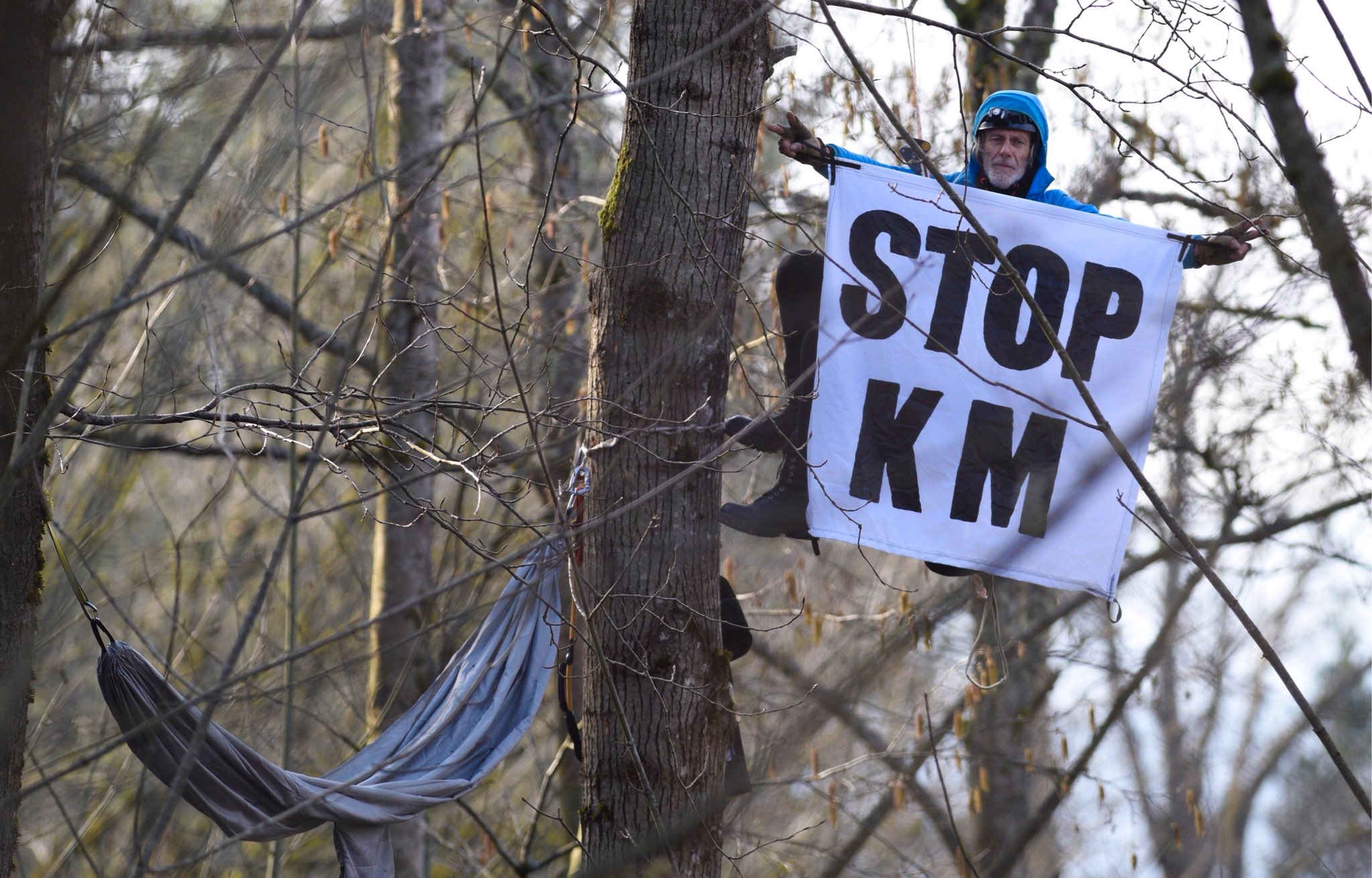 Coast Salish Territories (Vancouver) – Early this morning Terry Christenson, a 70-year old Grandfather of two, and former Juno nominee, scaled a tree on the inside of Kinder Morgan’s fence (Westridge terminal side) and erected a mid-air camp suspended from its trunk. Terry constructed the high-flying structure to stop Kinder Morgan’s proposed tree clearing which is being done to enable the company’s drilling through Burnaby Mountain.

“This pipeline does not have consent of the Indigenous Nations it would pass through. It would endanger the livelihoods and economies of all those that depend on an oil free coast and I for one won’t stand by and let it happen,” said Terry Christenson. “I’m taking this action to protect my grandchildren’s future. I care about this land, this coast and I won’t let it be destroyed all so a Texas oil company can increase its profit share.”

The National Energy Board approved Kinder Morgan to clear trees from the area and green lighted the company to begin drilling through Burnaby Mountain, flash point of protests against the project. The NEB has said Kinder Morgan needs to clear the area before March 26th to avoid interfering with birds migrating north for the summer. If clearing is not done by that date it would be a major set back for the company and plans could not proceed until after the migrating birds had left.

“We are all in this fight together. We have better options to produce energy and move people around then building another dirty pipeline that the world’s scientific community has said we need to move away from,” asserted Christenson. “It’s time that the Prime Minister got that message and I’ll be doing my best to hang out here until he does.”

This action is the latest in a series of action against Kinder Morgan’s construction plans. It is also just a week after a massive mobilization against the project that brought thousands to the streets of Burnaby.

Click here to donate to the legal support fund.