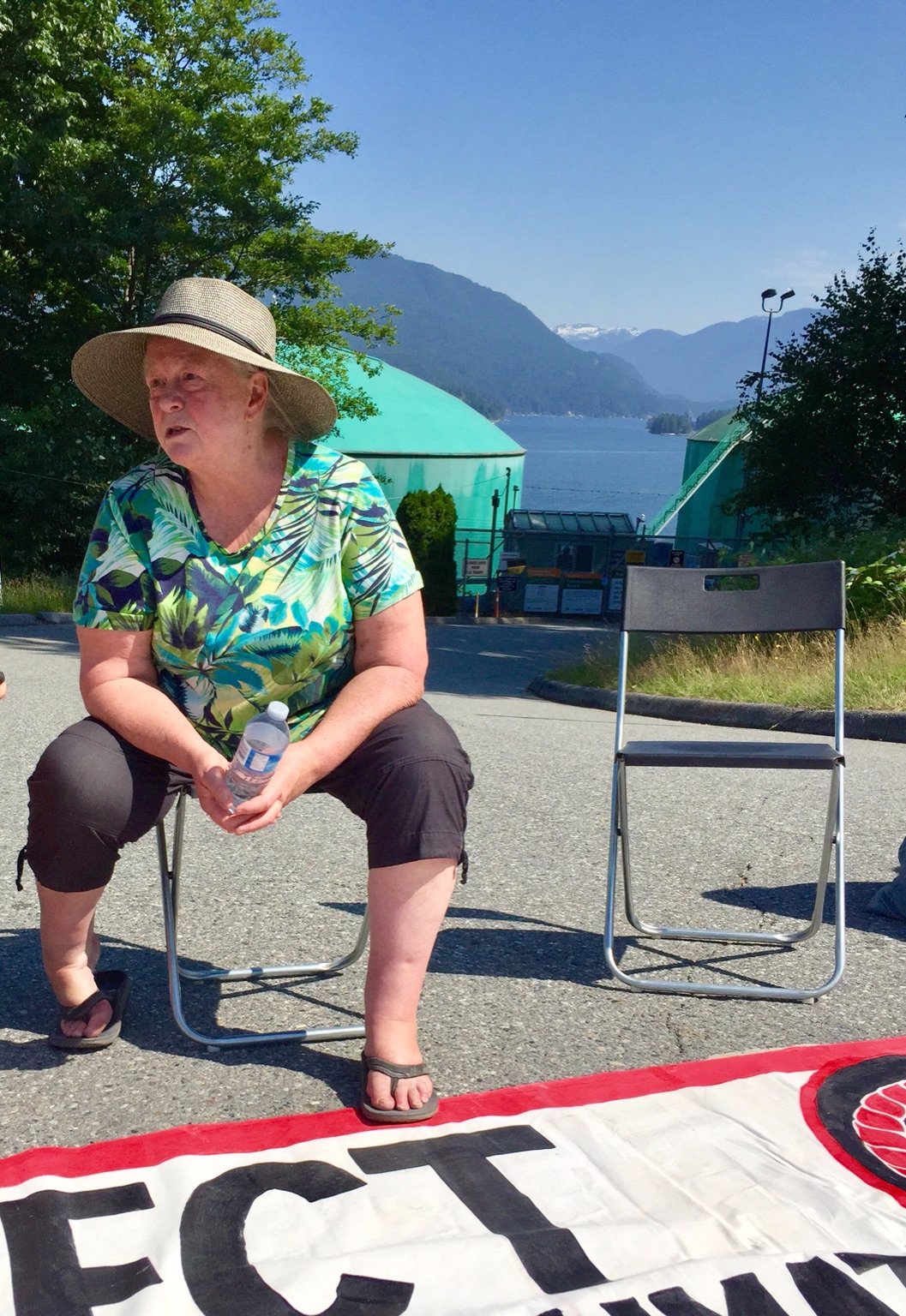 "There are a lot of people in power who aren’t listening, but there are people who are willing to make these changes, which is why I’m willing to get arrested today.”

19 June 2018, Unceded Coast Salish Territories (Burnaby, BC):  A crowd of about a hundred people cheered on grandmother Laurie Embree this morning at the gates of the Kinder Morgan Westridge tanker terminal on Burnaby Mountain after she travelled more than 5 hours from home to risk arrest stopping the poisonous pipeline and tanker project.

After refusing to leave, Embree, 69, of 108 Mile Ranch, British Columbia was arrested and taken by Burnaby RCMP members for processing and released. Under new BC Prosecution Service guidelines she could face 7 days in jail or up to $5,000 in fines.

“I’m down here from the 108 Mile Ranch to say to our government post-buyout that the most important thing for me is what we’re doing to our home, our planet - it’s screaming at us as regular citizens to do something about it," said Embree. "There are a lot of people in power who aren’t listening, but there are people who are willing to make these changes, which is why I’m willing to get arrested today.”

Embree continued, “We have the technology to make the change and to stop using fossil fuels and transition to renewables. We have the people to make these changes and there are jobs in making those changes. The only thing lacking is the political will.”

The government of Canada recently purchased the existing pipeline for $4.5 billion and plans to spend an additional estimated $15 billion to build 950 kilometres of new pipeline for export-only diluted bitumen to be shipped on tankers to heavy oil refineries in Washington and California.