Protectors Shut Down Work at Kinder Morgan, By Land and Sea 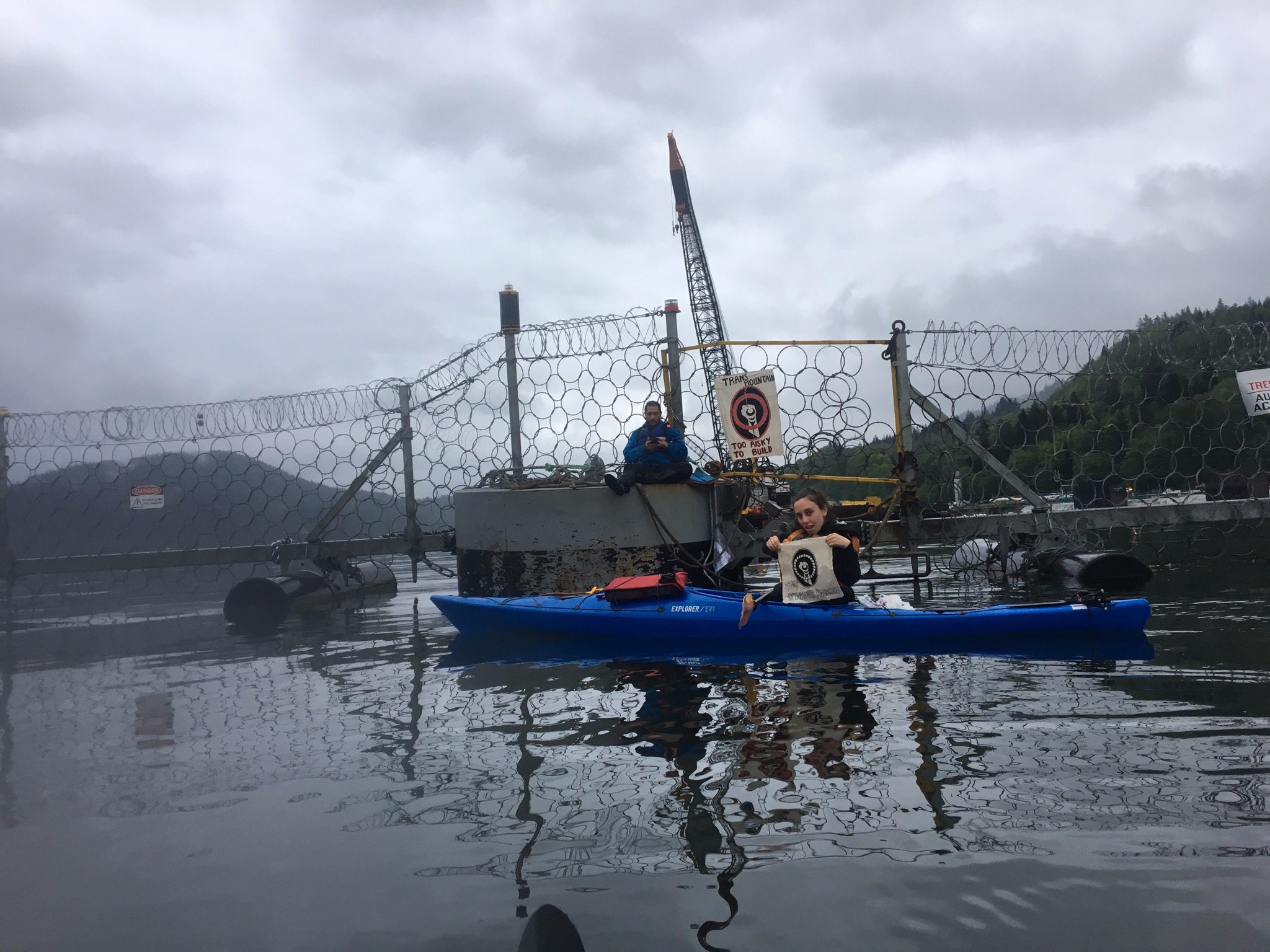 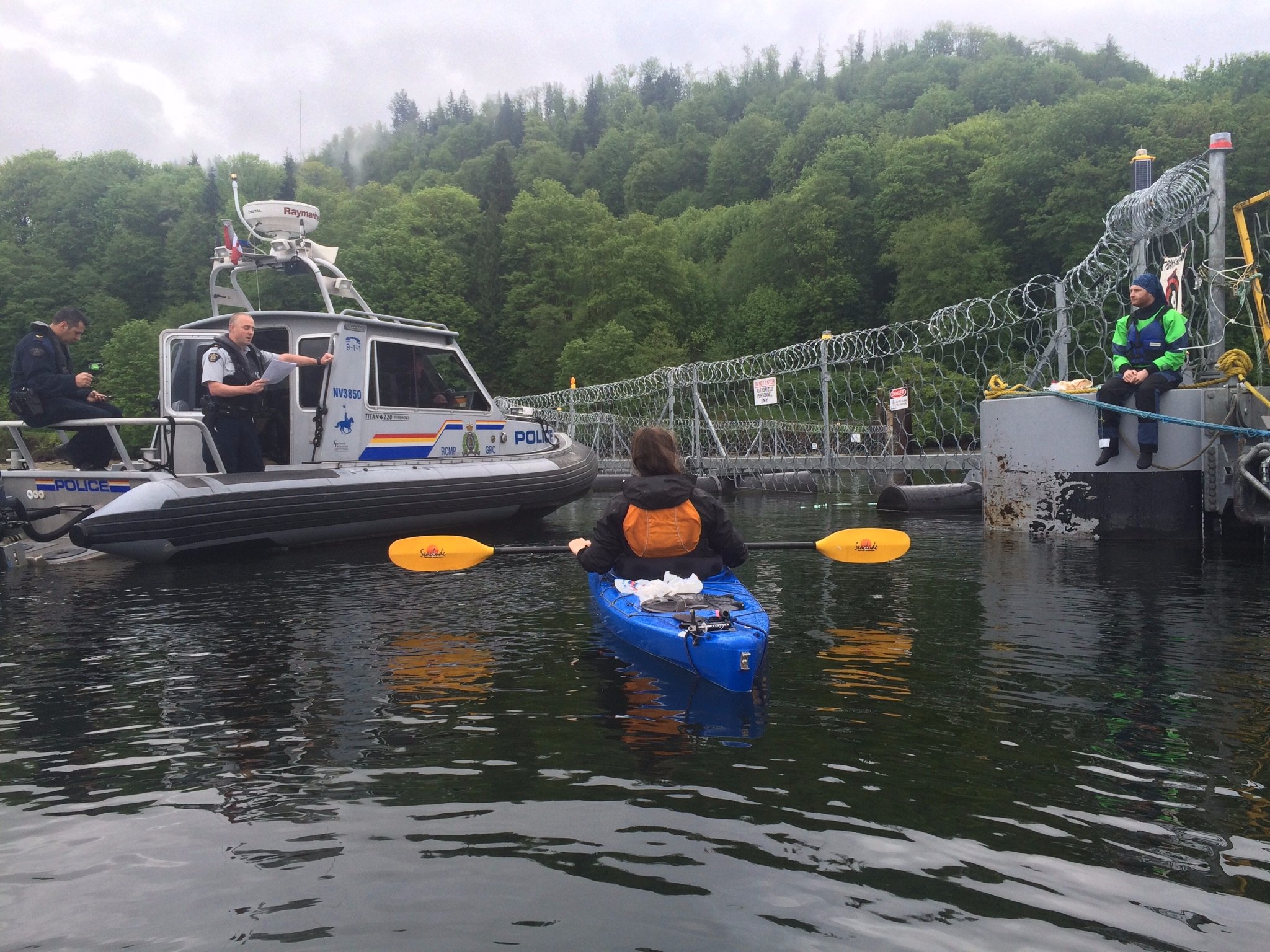 9 May, 2018, Unceded Coast Salish Territories (Burnaby, BC) — Opponents to the Kinder Morgan pipeline and tanker project have blockaded the gates to the Texas-based company’s Westridge Marine Terminal this morning. Paddlers attached themselves to the two gates of the pipeline company’s floating razor wire fence that surrounds the construction site, preventing workers from entering by water. At the same time, others on land blocked the two land-side gates, preventing workers from using any entrance.

Later today in Houston, Texas, Chief Judy Wilson of the Neskonlith Band, Secwepemc Nation will present a resolution at Kinder Morgan’s Annual General Shareholder Meeting calling on Kinder Morgan to adopt a sustainability framework for new investments and highlighting the implacable Indigenous opposition to the Trans Mountain pipeline. Watch the press conference from Houston live at 11:00 AM PST.

This morning’s action, and the promise of ongoing resistance to the pipeline project, highlights the risks to shareholders with a stake in Kinder Morgan.

Paddlers launched at sunrise to blockade the floating gates, which are part of the large razor wire fence that Kinder Morgan installed on unceded Tsleil-Waututh waters in the Burrard Inlet late last fall. The fence was put in place after local residents and grassroots kayaktivists launched a massive flotilla in October, which saw 6 paddlers arrested when they attached themselves to a construction barge.

Jake Hubley, 24, is blocking one of the marine gates, “These are unceded waters. Kinder Morgan has no consent to build their pipeline and tanker terminal here. We’ll stop them for as long as we can today, and this growing Indigenous-led movement to protect the inlet will stop Kinder Morgan forever.”

Liam Fox, a graduate student at Simon Fraser University, said from the other gate at Kinder Morgan’s marine terminal: “We’re here today to say this pipeline will never be built. Indigenous leaders have called on people across the continent to take action against this tar sands project, and we’re honouring the pledge to protect this inlet, the water, land, and climate. We will not stop until Kinder Morgan is dead.”