Thousands Gather to Protect the Inlet from Kinder Morgan

It couldn't have been a better day.

On Saturday March 10 we marched with Grand Chief Stewart and Joan Phillip and Indigenous leaders from all over Turtle Island -- about ten thousand of us. We arrived on Burnaby Mountain to find builders working away at the new front in the resistance to Kinder Morgan - a Watch House! Watch Houses have been used by Coast Salish people since time immemorial to guard this territory.

"My ancestors built Kwekwecnewtxw — ‘a place to watch from’ — when danger threatened our people. Danger threatens our people now, as Kinder Morgan tries to send hazardous diluted bitumen through our territory. Today we build our own Watch House to protect the Salish Sea and the people who depend on it,” said Swaysǝn Will George, Tsleil-Waututh member and spokesperson for Kwekwecnewtxw-Protect the Inlet. Swaysǝn translates to when he speaks, people will listen. 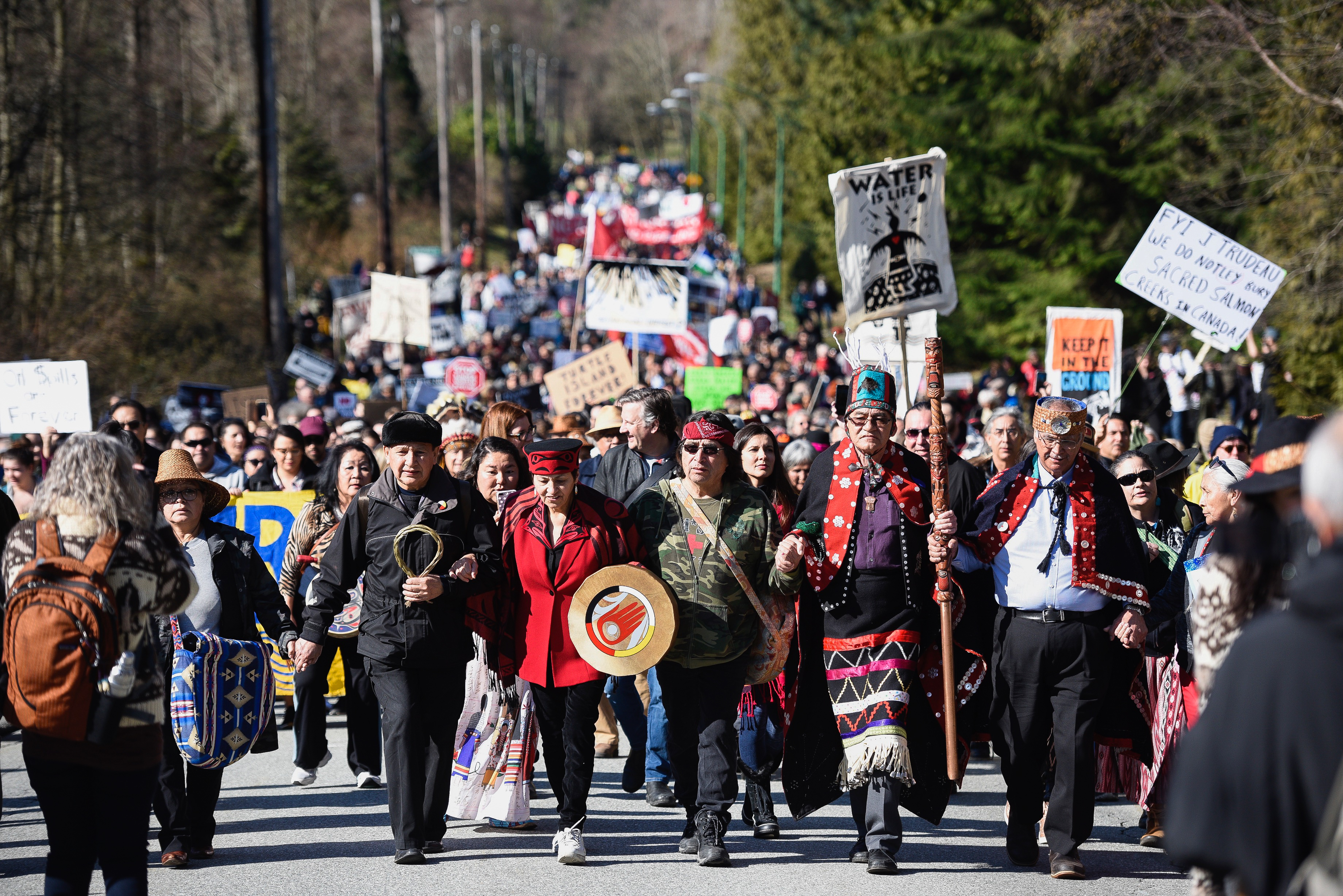 The largest-ever show of opposition (so far) to Kinder Morgan’s pipeline and tanker project.

Grand Chief Stewart Phillip called on the crowd to join him in escalating action to stop Kinder Morgan in the coming days.

“We are gathering today to send a clear message to Kinder Morgan and Justin Trudeau that indigenous peoples across North America and British Columbians will never let this pipeline be built,” said Grand Chief Stewart Phillip. “I call on everyone in the crowd today and watching from home to join us in escalating action to stop Kinder Morgan in the coming days. Rachel Notley, we are not in the least bit intimidated by your desperate threats and we will not stop!"

Construction of the Watch House continued through the day and into the night.