BC Has Major New Ally in Fight to Stop Kinder Morgan 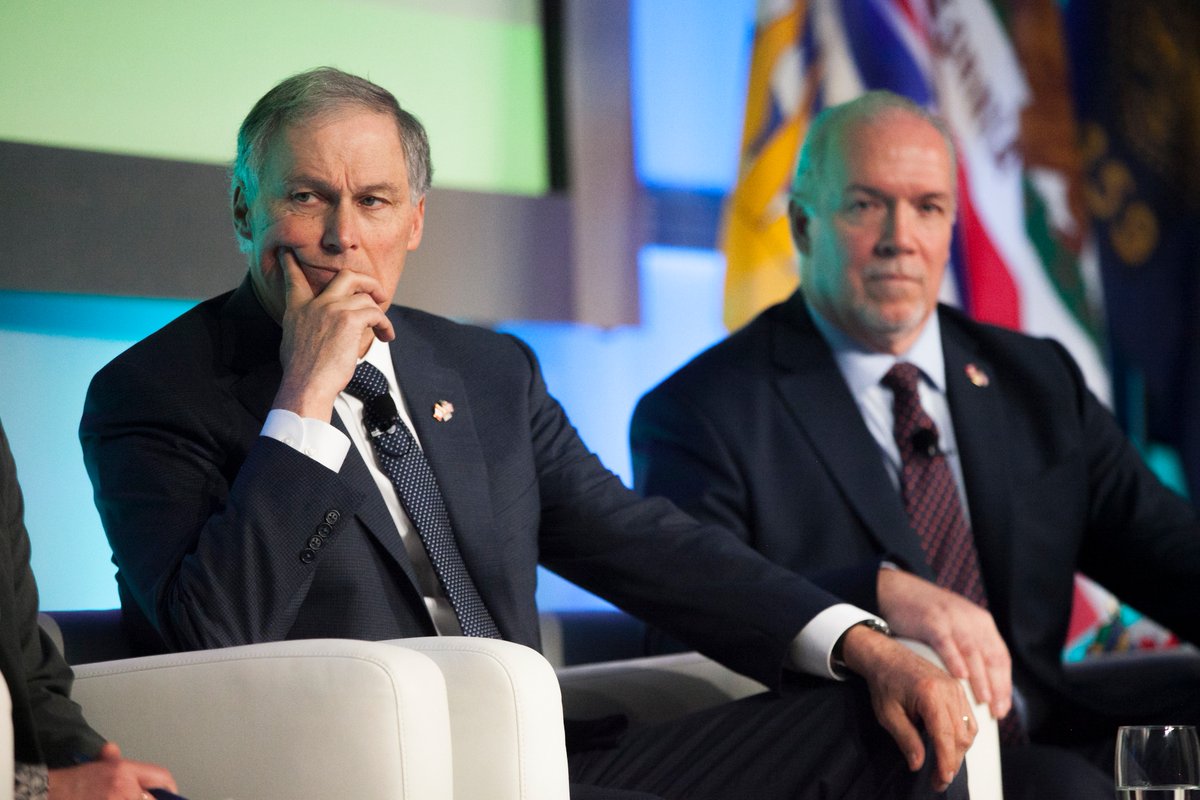 British Columbia has a major political ally on board in the fight against the Trans Mountain pipeline. Washington Governor Jay Inslee, rumoured to be a potential Democratic presidential candidate in 2020, is pledging to do what he can to support B.C.’s push to stop an increase in bitumen flow to the west coast.

“We in Washington are very appreciative of the leadership your premier is taking on this issue,” said Inslee, answering questions from reporters in Vancouver. “We have serious questions about whether it really makes sense to be making such significant investments in fossil fuel infrastructure given the fact we know we need to wean ourselves off carbon based fuels.”

An oil spill bill in Washington, a pipeline protest in B.C.

On the eve of March 10's Protect the Inlet march that drew ten thousand people to march 2.5 kilometres up a hill (and back). Washington State's governor signed legislation protecting the orcas, salmon and https://www.seattlepi.com/local/politics/article/Canada-Oil-Pipeline-Protest-12736836.php

Washington has a new layer of protection for the Salish Sea, with the Legislature on Wednesday completing passage of the Oil Spill Prevention Act and sending it to Gov. Jay Inslee for his signature.

The Washington bill is a signal of wariness toward potential oil spills on this side of the border. The British Columbia government, meanwhile, is trying to stop the planned 890,000 barrel-a-day pipeline that would carry Alberta tar sands oil to a tanker port in Burnaby, B.C., just east of Vancouver.

Washington lawmakers acted to close  a tax loophole for oil moving by pipeline, thereby ensuring all modes of transporting oil are taxed at the same rate to support the state's prevention and spill preparedness work.

The legislation sets out to identify and accelerate additional safety measures to prevent spills, such as dealing with the threat of barge traffic and working with British Columbia on risks of transport through the Salish Sea.

The bill was sponsored by state Sen. Kevin Ranker, D-Orcas Island, whose district now sees tanker traffic to two refineries at Cherry Point north of Bellingham, and would see tankers in and out of Burnaby pass San Juan Island through Haro Strait. 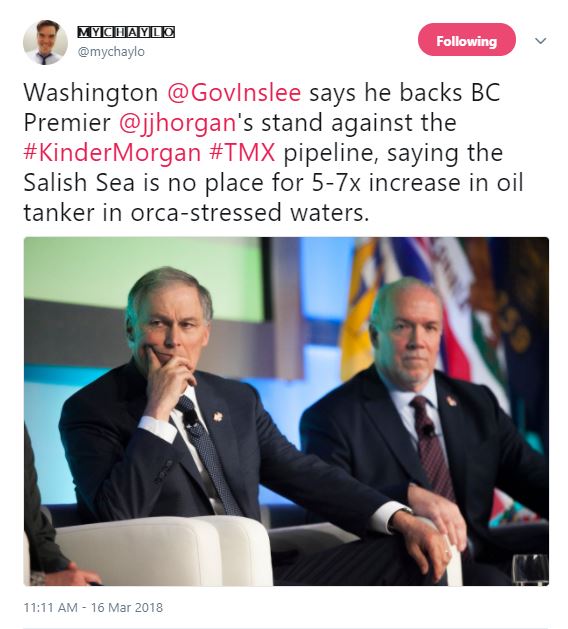