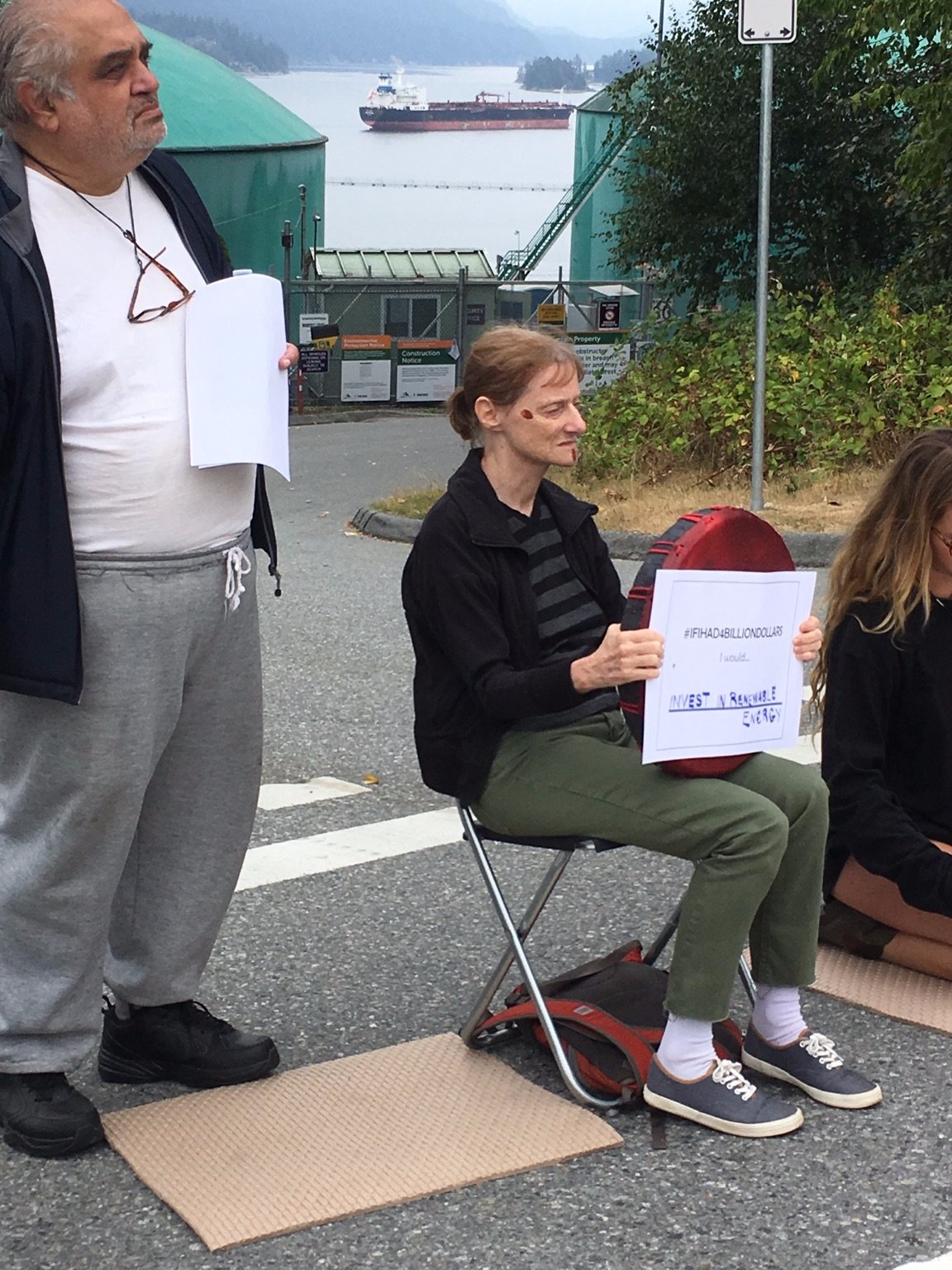 1 August 2018, Unceded Coast Salish Territories (Burnaby, BC): Two protectors have been arrested blocking the gates of Kinder Morgan’s oil tanker terminal in Burnaby after they and others blocked traffic for four hours into the facility, shutting down construction. The construction site is one of the few places Kinder Morgan Canada is legally allowed to prepare for construction and is one of the most active of their sites in the province.

Noaa Edwards and Ruth Campbell (retired), were taken into custody after refusing to leave their posts blocking the gates of the pipeline terminal, citing Indigenous rights, climate change, and continued threat to ocean health and the endangered southern resident killer whales among their reasons for risking a 7-14 day jail sentence.

Ruth Campbell, a retired civil lawyer from the BC Ministry of  Attorney General said, “What’s going to happen to the Southern Resident orcas? The pipeline will mean their extinction. There doesn’t have to be an oil spill, just the noise from the tankers will be enough that we lose them for ever.”

Campbell continued, “When I heard about a grandmother being arrested, I decided it was my time to stand up. Someone has to speak up for the whales. It’s disgraceful that a provincial government that opposes Kinder Morgan is letting these arrests happen.”

The arrests come just one day after two protectors, including 70-year old grandmother Laurie Embree, were sentenced to 7 days in jail for violating the injunction at Kinder Morgan’s Westridge Marine Terminal in June. In court, Crown prosecutors argued that harsher sentencing was needed specifically to deter senior citizens with no criminal records from blocking construction.

Today’s action is the first of many slated for the month of August, when the pipeline and tanker project is scheduled to ramp up construction and senior citizens are expected to join the actions in increasing numbers.