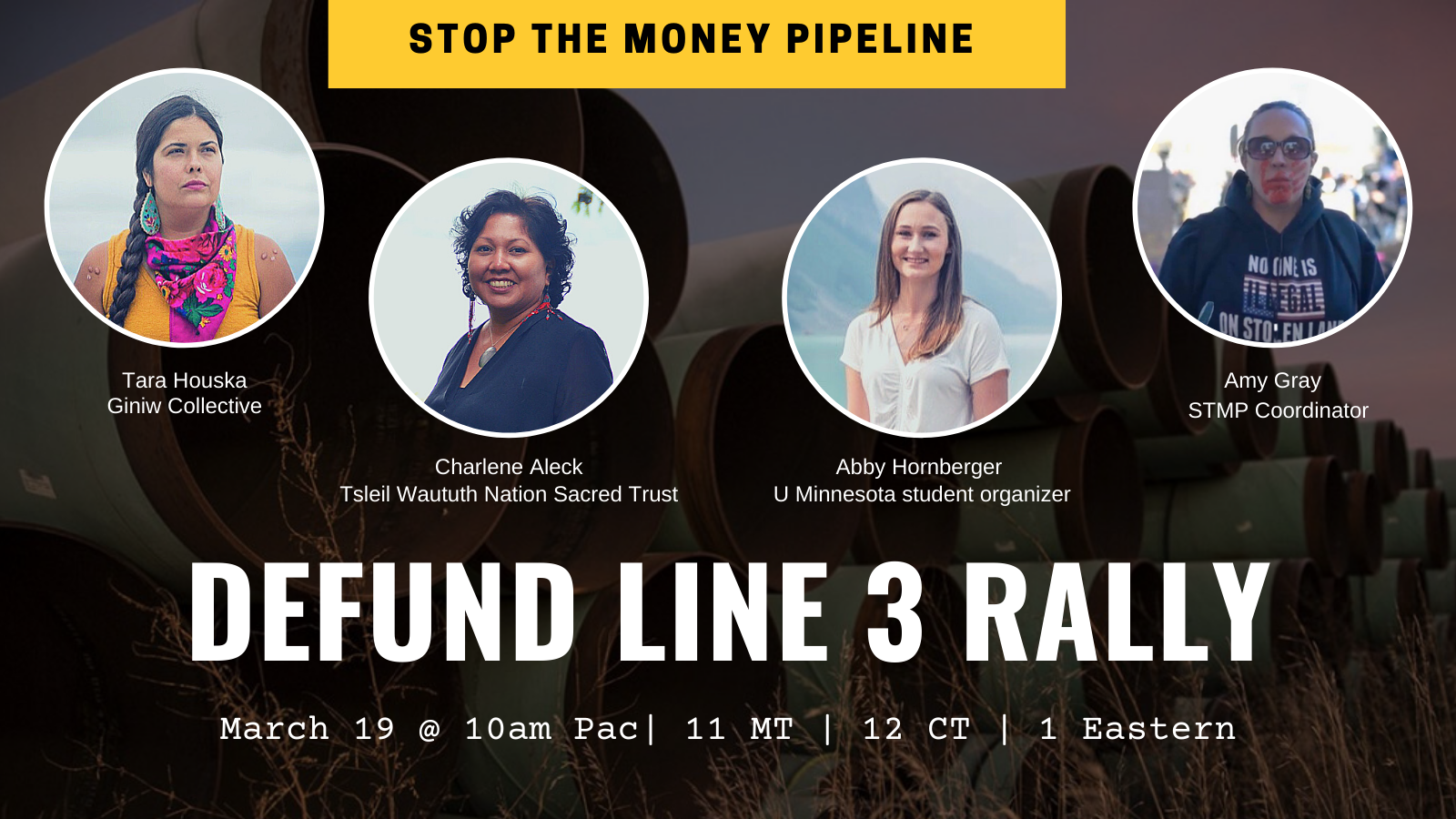 Join Stop the Money Pipeline on Friday, March 19th, at 10:00 am Pacific, noon Central, to demand the US and Canadian banks providing financing for Enbridge to build tar sands pipeline Line 3 stop funding climate chaos (including any potential sale of Trans Mountain pipeline).

During the rally we will hear from Indigenous frontline leaders who are taking bold direct action to stop construction, youth organizers who are fighting the pipeline and Stop the Money Pipeline organizers who will share the next steps in the #DefundLine3 campaign.

Charlene Aleck just completed her third term as elected council of Tsleil-Waututh Nation (TWN), a First Nations government in the Canadian province of British Columbia. She is working on the TWN Sacred Trust Initiative team, whose mandate is to oppose the Trans Mountain Expansion Project pipeline. She is a mother of four and a grandmother.

Tara Houska (Couchiching First Nation Anishinaabe) is a tribal attorney, founder of Giniw Collective, and a former advisor on Native American affairs to Bernie Sanders. She spent six months on the frontlines fighting the Dakota Access Pipeline, and is currently engaged in the movement to defund fossil fuels and a years-long struggle against Enbridge’s Line 3 pipeline. She is a co-founder of Not Your Mascots, a group committed to positive representation of Native peoples.

Abby Hornberger is a senior at the University of Minnesota studying environmental science and sustainability. After moving to Minneapolis from Chicago, she was exposed to corporate investments in fossil fuel infrastructure in Minnesota. Through frontline resistance, giving public testimony and urban bank actions, she has been involved in pipeline resistance for 2 1/2 years.