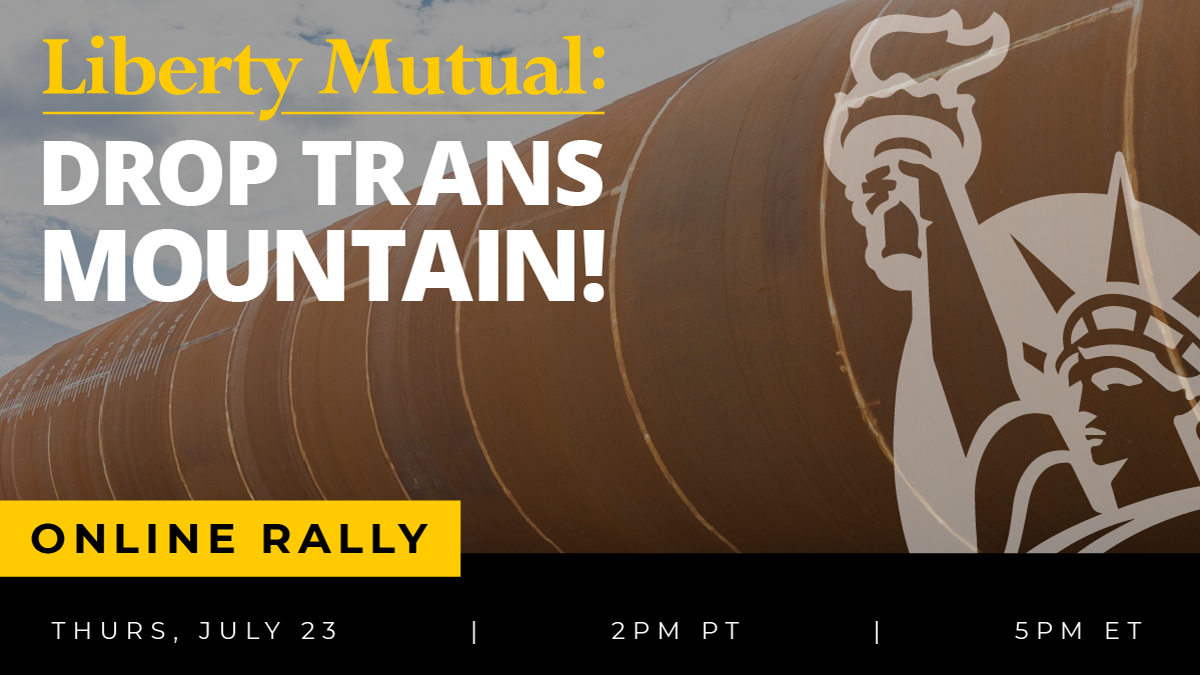 This month, Liberty Mutual is deciding whether or not to renew its insurance for the dangerous, climate-wrecking Trans Mountain tar sands pipeline. Join us Thursday, July 23 for an online rally calling on Liberty Mutual to respect Indigenous rights and drop Trans Mountain!

We'll hear from Indigenous leaders who are fiercely fighting this project and other pipelines across Turtle Island, insurance campaigners, and grassroots activists and then we'll take action together to let Liberty Mutual know that we won't rest until this pipeline is defeated forever.

Save your seat for the online rally

Liberty Mutual is headquartered in Boston, Massachusetts. Climate finance activists have targeted Liberty Mutual for their role in funding the oil and gas projects being built now, even as the climate crisis intensifies faster than projections. Watch this video by dozens of Massachusetts State Legislators who called on Liberty Mutual to address its role in driving climate change and cut ties with fossil fuel projects and companies.