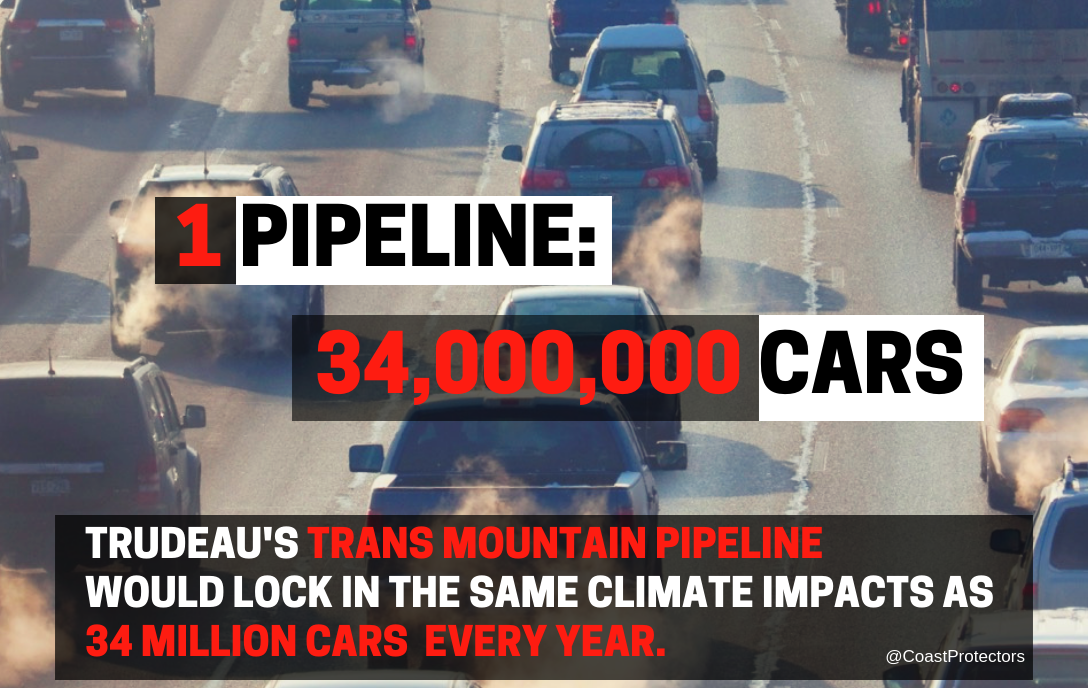 "Using Oil Change International’s model of the North American pipeline and refinery system, we found that the Kinder Morgan pipeline would facilitate a major expansion of tar sands extraction – releasing as much as 162 million additional tonnes of CO2 per year. That’s equivalent to putting 34 million new cars on the road, or operating 42 coal plants."