Men in "man camps” will do most of the work developing and building Kinder Morgan’s pipeline and tanker project. Man camps are temporary housing facilities constructed for predominantly male workers on resource development projects in the oil, pipeline, mining, hydroelectric, and forestry industries. Reports show a direct correlation between these encampments and violence against women.

“The health, safety and security of our communities and land is paramount. Canada has contradicted their commitment to a renewed relationship with Indigenous peoples. You do not gain our trust by permitting companies like Kinder Morgan to put our Indigenous women, our environment and our communities at great risk for their own profit and greed,” stated Kukpi7 Judy
Wilson, Secretary-Treasurer of the UBCIC.

“It is not only our women and children and risk, these man camps put all women, youth and children at risk in those communities neighbouring these Camps.” 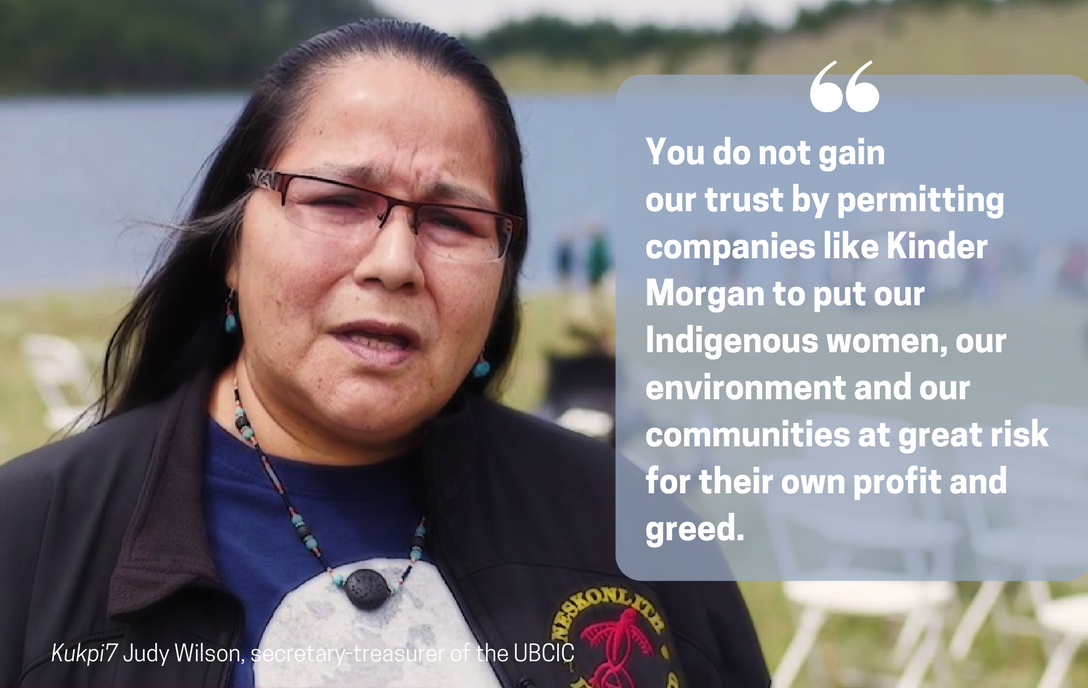 “The hyper-masculine culture of these work camps contributes to the crisis of murdered and missing Indigenous women and girls that currently grips this country. With failure of our system to provide justice for the murders of Colton Boushie and Tina Fontaine, our trust in the ability of this government and the Canadian justice system has been severely undermined. The construction of
these man-camps, in close proximity to our communities, is unacceptable,” said Chief Bob Chamberlin, Vice-President of the UBCIC. 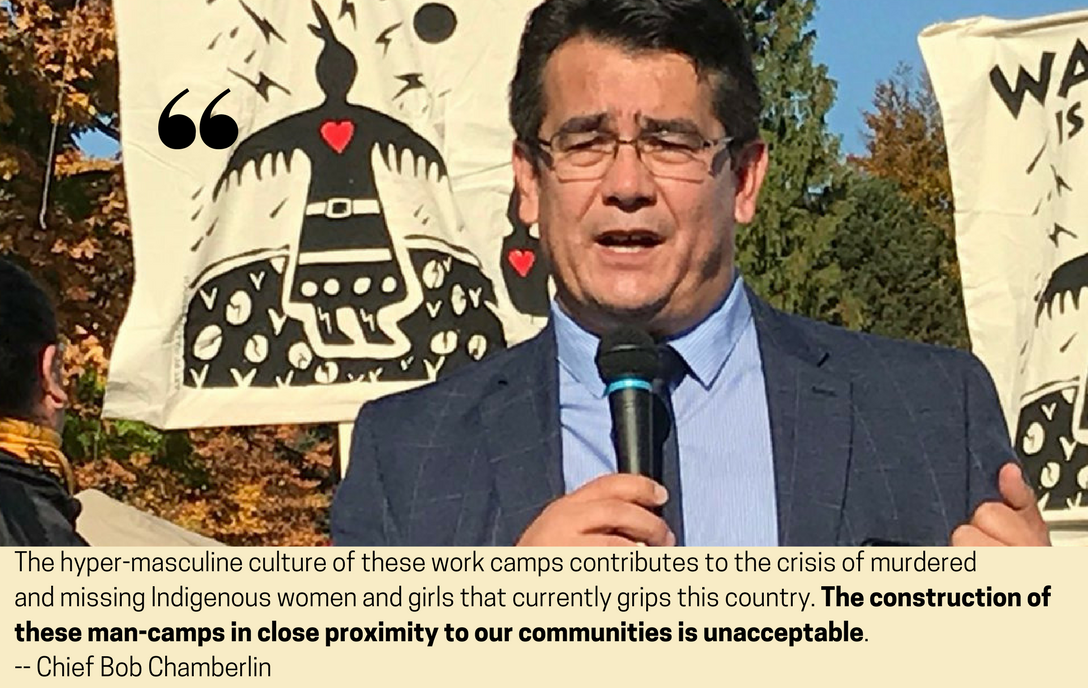 “These man camps represent a serious threat to our Peoples, our women, our two-spirits, our children, our lands, the wildlife, the salmon and the environmental integrity of our waterways,” concluded Grand Chief Stewart Phillip, President of the UBCIC.

“The UBCIC will never permit such trespass against Indigenous peoples. Our lands and our communities have been continuously ravaged and pillaged for the ‘National Interest’, we will do whatever it takes to stop the Kinder Morgan Expansion.”