Kinder Morgan's Annual General Meeting is in Houston, Texas next week and local Indigenous leaders are making an emergency trip there to remind them that without Indigenous consent, the Trans Mountain pipeline will never be built. Tomorrow on Burnaby Mountain, we're making a joyful noise to send them on their way. 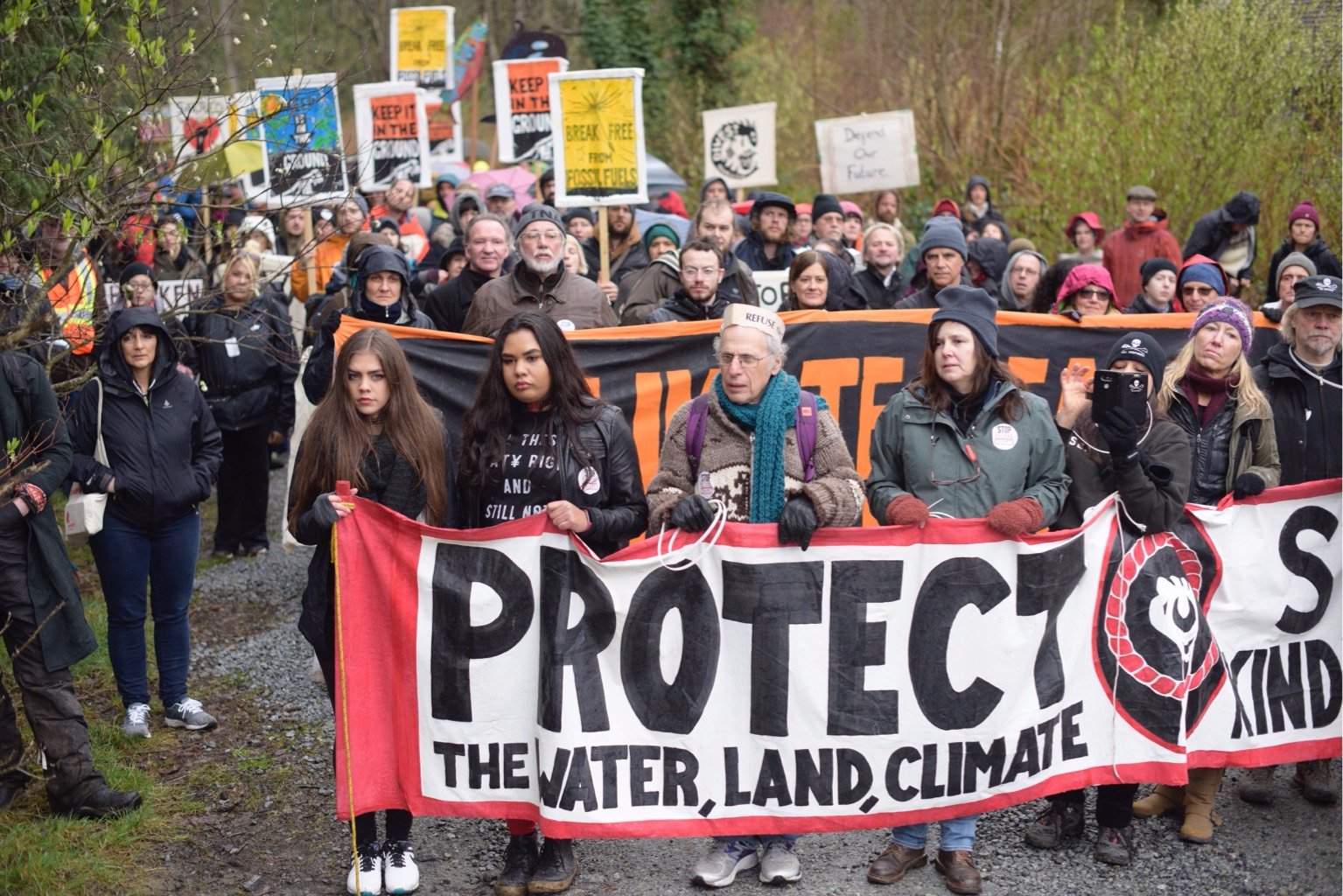 After weeks of resistance an impromptu choir has sprung up on the mountain. Song powers the movement and tomorrow's event will feature choirs and beautiful songs of praise and resistance. Learn such classics as Bob Bossin's "We Don't Want Your Pipeline," and the song with these stirring lyrics,

If you can make it, we will sing songs of resistance on the mountain, loud enough to hear in Houston, Texas.