Celebrants at feast arrested in front of Kinder Morgan gates 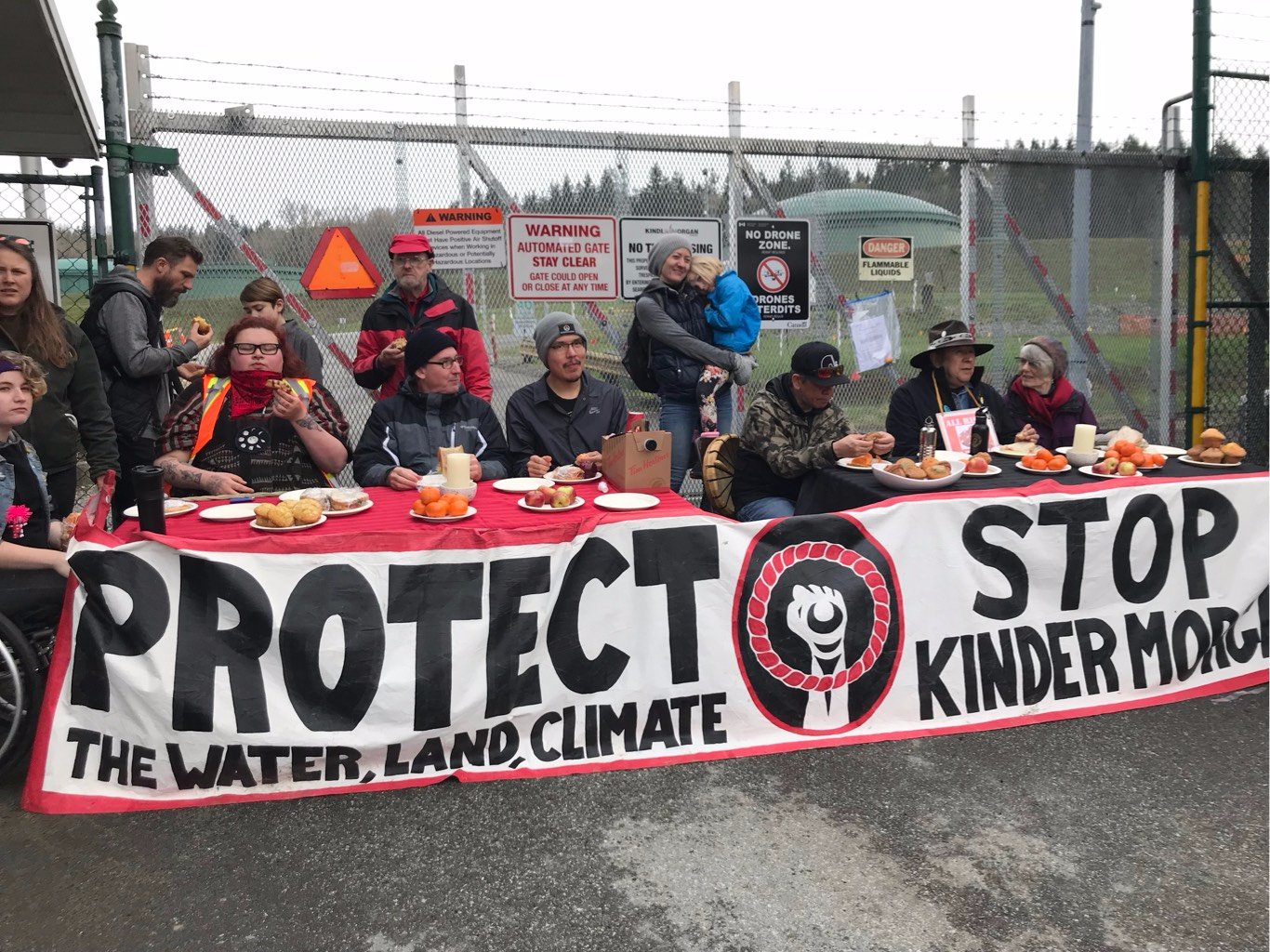 Indigenous leaders remind company, governments that the tar sands project still does not have their consent.

14 April 2018, Unceded Coast Salish Territories (Burnaby, BC) — Kinder Morgan’s Burnaby Mountain construction site was blocked by pipeline protesters again today, as people set out from the Watch House and brought food for a feast in front of the gates.

Will George, Watch House guardian and project leader, said, “Sixty years ago the first pipeline was done without our consent. At the time we couldn’t vote or hire lawyers. Today is a different day. Whatever is said in Ottawa this week without us, they should all know that we will be here until this pipeline is cancelled.”

“A feast is a sacred ceremony. It is our sovereign right to practice ceremony on this land,” said Ronnie Dean Harris aka Ostwelve, a Stō:lo/St’át'imc/Nlaka'pamux multimedia artist.

Indigenous leaders came from as far away as the Haida and Athabasca Chipewyan Nations.

Rose Deranger Desjarlais, from Athabasca Chipewyan Nation in northern Alberta said, “We must stop this pipeline. It’s enough already. We have to stop the expansion of the tar sands. It is poisoning my people. It has poisoned me. Now like many of my family I have cancer in my body. We can no longer eat our fish. Our waters are poisoned. Thank you for being here.”

Today’s action is part of ongoing Indigenous-led resistance to the Kinder Morgan tar sands project. About 200 people have been arrested in the past month for protesting the pipeline.

“I live here near the tank farm with my kids, and I am here to respect Indigenous rights and protect their future. Being here feels like being on the right side of history.”

“My first job was working for an engineer for a gas pipeline company. I have seen spills and accidents. My concern here is the tankers. I know the risks.they are too big.  All it will take is one spill to set us back forever. We can’t allow a chance of a pipeline or tanker spill on this coast. “

“I remember when this pipeline burst in 2007 and I was horrified. The image of the oil spraying over the houses was something I will never forget.  There is nothing world class about this project. My child is 17 she was arrested here in March and as a parent I need to stand with her.”