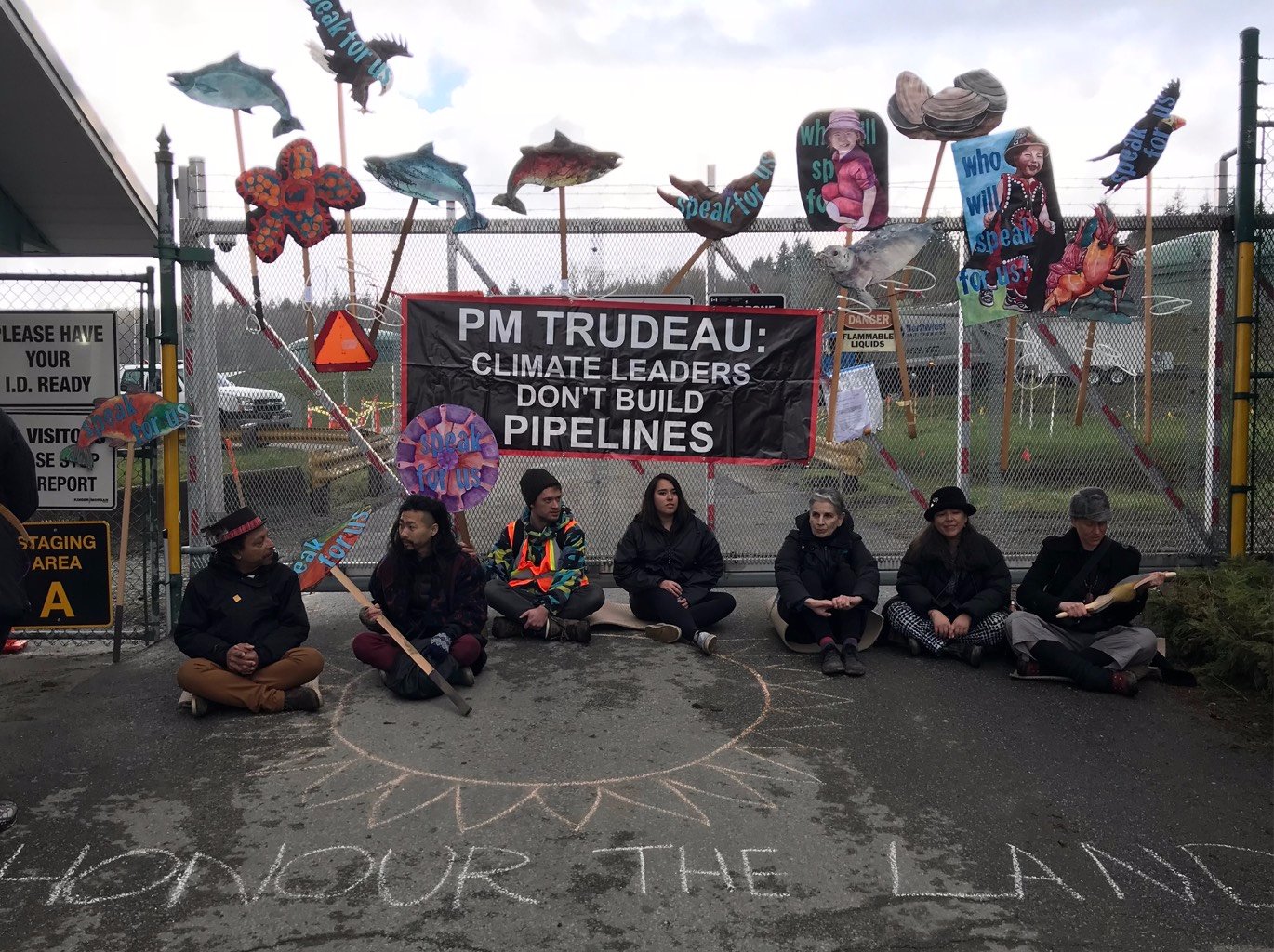 “Let’s not forget in all the provincial and federal squabbling that the company still doesn’t have Indigenous consent and never will.”

12 April 2018, Unceded Coast Salish Territories (Burnaby, BC) — Today, a group of artists blockaded the gates of Kinder Morgan’s Burnaby Mountain tank farm as part of ongoing Indigenous-led resistance to the tar sands project. Indigenous leaders have vowed that the pipeline will never be built.

“Let’s not forget in all the provincial and federal squabbling that the company still doesn’t have Indigenous consent and never will,” said Will George, Watch House project leader and Tsleil Waututh member. “We will continue to delay the pipeline here at the construction site and in the courts until Kinder Morgan relents.”

Today’s protest brought together artists from nearby universities, as well as grassroots communities, who created an art installation as part of their blockade at the Kinder Morgan gates.

“I am here because I feel a great responsibility to protect our coast and stand with Indigenous leaders opposed to this pipeline,” said Pia Massie, Artist-In-Residence at Emily Carr University Faculty of Culture and Community. “Artists have always helped define key moments in history and this is one of them.”

Violet Williams, an 18 year old student at the University of Victoria from K’ómoks Nation said, “I am here for future generations so that they can have grandchildren on this earth.”

“I think we’re being called at this time in the world to stand up for future generations and protect our children.” said Susan Smyth, a 70 year old artist who answered the call from Indigenous leaders to Protect The Inlet from Kinder Morgan.

Current opposition to Kinder Morgan’s pipeline and tanker project includes the Province of British Columbia, the state of Washington, the cities of Vancouver, Burnaby, and Victoria and 19 other BC municipalities as well as 250,000 petition signers and more than 23,000 who have pledged to do “whatever it takes” to stop Kinder Morgan’s pipeline and tanker project. The BC Supreme Court and Canadian Federal Court of Appeals have yet to rule on ten First Nation lawsuits that could still quash the project.